A blast from the snooty past with ‘Hay Fever’

Readers of anyone from P.G. Wodehouse to Virginia Wolfe know that wealthy families who invite people to their summer home for the weekend typically do so with ulterior motives. There’s a daughter to be paired, a tryst to be conducted or perhaps a deal to be done. The summer cottage isn’t just meant for idle boozing and smoking — although to be sure there’s plenty of that as well.

The central joke in Noël Coward’s comedy Hay Fever — now playing at the John Hand Theatre in a Germinal Stage production — is that the four batty members of the Bliss family have no firm ideal at all about why they invited their four weekend guests. There’s a fair amount of wondering who a particular character is and who invited them — even from the person who might have done the inviting.

This puts Hay Fever in farce territory, but it’s also a play about manners. Bad manners, specifically, and the play’s charm lies in its fearlessness. We’re not far into Act 1 before Simon (a delightfully surly Greg Palmer) starts telling people to simply “shut up!” And the guests are treated early on to being completely ignored, insulted or to bear witness to the internecine conflicts of the Blisses.

At the center of it all is retired actress Judith, played by the inimitable Michelle Moore. Recently seen in Vintage Theatre’s Boston Marriage and the Pinter one-act The Room at Germinal, Moore is quite at home in this sort of drawing room comedy. A statuesque figure with a permanently engaged devilish twinkle in her eye, Moore plays Judith as a viper — but one without much of a clue. It’s an excellent performance, and the kind that can take up all the air in the room.

Thankfully, director Ed Baierlein doesn’t let her run away with it, casting Germinal newcomer Hannah Lee Ford as the equally naughty daughter Sorel. Ford is magnetic in the role, somehow ideally suited to playing a 19-year-old brat with a spot-on upper-class English accent and a dim view of her family’s lovability. At one point, she exclaims to no one in particular: “We are a beastly family! I hate us!”

She’s fantastic, and very good at using the word “beastly.”

Germinal regular Andrew Horsford take the role of Sandy, another guest left to wonder who he’s there for. With his eager smile, enthusiastic exclamations of “Rather!” and willingness to go with the flow, he’s the perfect foil for the Blisses’ inattentive style of hosting. Horsford has fun with the role, playing Sandy as an engaging doofus both Judith and Sorel enjoy toying with.

Judith’s main sparring partner is Myra (Anne Smith Myers, another Germinal regular). We get a good idea of what Myra is all about from the moment she enters and we find out she took the only cab from the train station, stranding the other guests. Invited by Simon, who briefly flirts with her, she’s soon left on her own as he pursues Jackie (Libby Arnold), a ditsy flapper who’s least equipped to deal with the unconventional Blisses and who serves as something of a reality check.

Hay Fever is coming up on its 100th birthday, having first been performed in 1925. It’s no Blithe Spirit or Private Lives, but it does have a good deal of amusing dialogue amid the mostly pointless plot. I’m among the many fans of plays and literature where British folk sit around sniping at one another with thinly veiled politeness, and Hay Fever has plenty of that. When it goes off the rails and the veil is lifted completely, it moves more into the realm of farce.

And that’s where a lot of the fun starts.

As a former well-known actress, Judith has a habit of lapsing into wildly dramatic flights of fancy, leaving those who don’t know her well to wonder if she’s for real. One of her unfortunate victims is Richard (an appropriately stuffy and bemused Owen T. Niland). Invited and then abandoned by Sorel, Richard professes his admiration for Judith and gives her a mostly innocent kiss. Judith flies into a tizzy, going on about how she must inform her husband, David, of the transgression and utterly flummoxing Richard, who thought he was getting somewhere.

David (Germinal stalwart Leroy Leonard) couldn’t care less, as he’s been pursuing Myra. In one scene, Judith finds the two of them in flagrante delicto and has a wonderful time flying off the handle about that — although one suspects it’s business as usual in the Bliss household.

In the middle of it all is housekeeper (and former dresser to Judith) Clara (Linda Suttle), who keeps the tea and wry comments coming as the domestic scene about her devolves into chaos.

There’s a failed attempt to play a parlor game, quite a few entrances and exits as the various  pairings come together, break apart and, eventually, dissolve completely. Ultimately the guests give up trying to get whatever it is they think they came for, and the Blisses are left to themselves once again. They are, it seems certain, quite used to the effect they have on people and comfortable with the fact that, as a dysfunctional family, they function just fine on their own.

A piece of history

Hay Fever is a window in time, a look at the lives of people before electronics. With its willingness to blow up carefully crafted British conventions of manners, it must have been the hot ticket back in the day. In 2019, it stands as a light, historical confection, an amusing piece of theater of little consequence but one that nonetheless shouldn’t be forgotten.

This is Germinal’s sweet spot: bringing back shows few other theaters would dare to do — and giving them a lovely restoration. The set by Baierlein is perfectly period-stuffy and the costumes by Sallie Diamond are spot-on.  It may be a somewhat limited audience, but I’d encourage anyone who wants to see what the theater of the past looked like to give Hay Fever and Germinal a try. 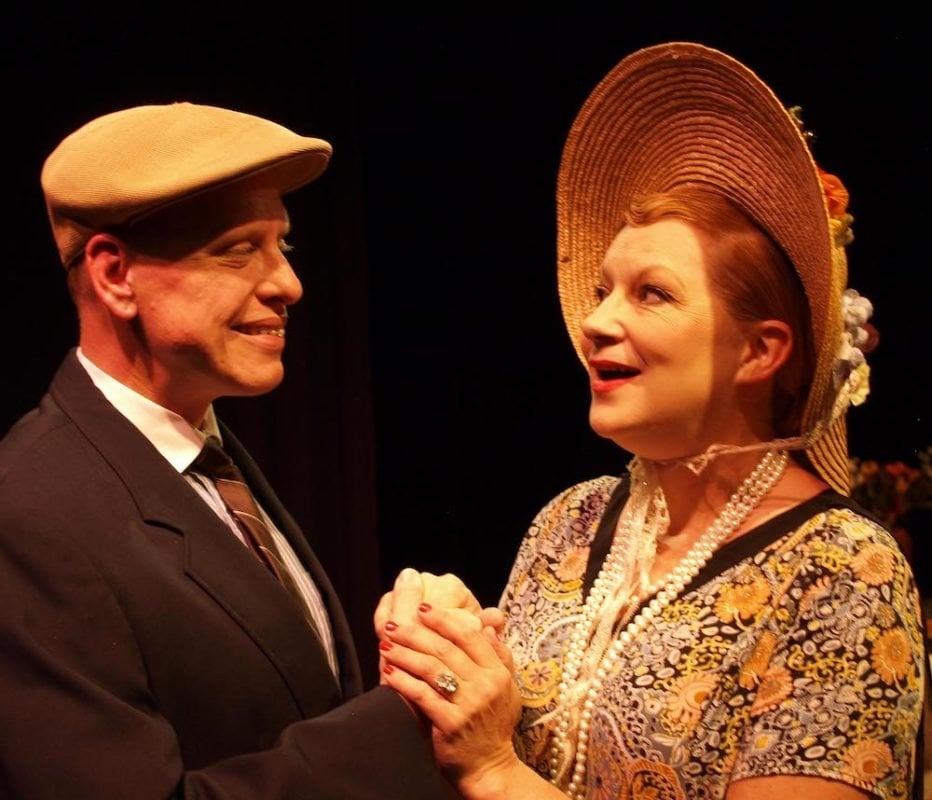 What: Noël Coward’s ‘Hay Fever’
When: Through June 8
Where: John Hand Theater, Denver