There’s something about being in a play that you’ll never forget. Even if you’ve done over 100, you’ll probably have some recollection of each one of them — some bad, the rest mostly good.

And you never forget your first play, so when you see it being produced somewhere, it tends to jog the memory.

For me, that show is “The Nerd,” which is being produced by the Sopris Theatre Company at Colorado Mountain College Feb. 14-24. (Tix)

When I saw the press release, I just thought back to the call I got long ago from a high school friend, Dee Dee Robillard, who was assistant-directing the show at the Breckenridge Backstage Theatre in, I think, 1993. The director was the great Wendy Moore who, in addition to having directed a zillion shows over her career, also happened to be my drama teacher at Summit High (then in Frisco) back in the ’80s. Wendy and I always liked each other, even when I was a punk kid with a Long Island accent. I remember lighting a live cigar during a scene from the “Odd Couple” in her classroom and she just sorta covered her face in her hands and let me continue. 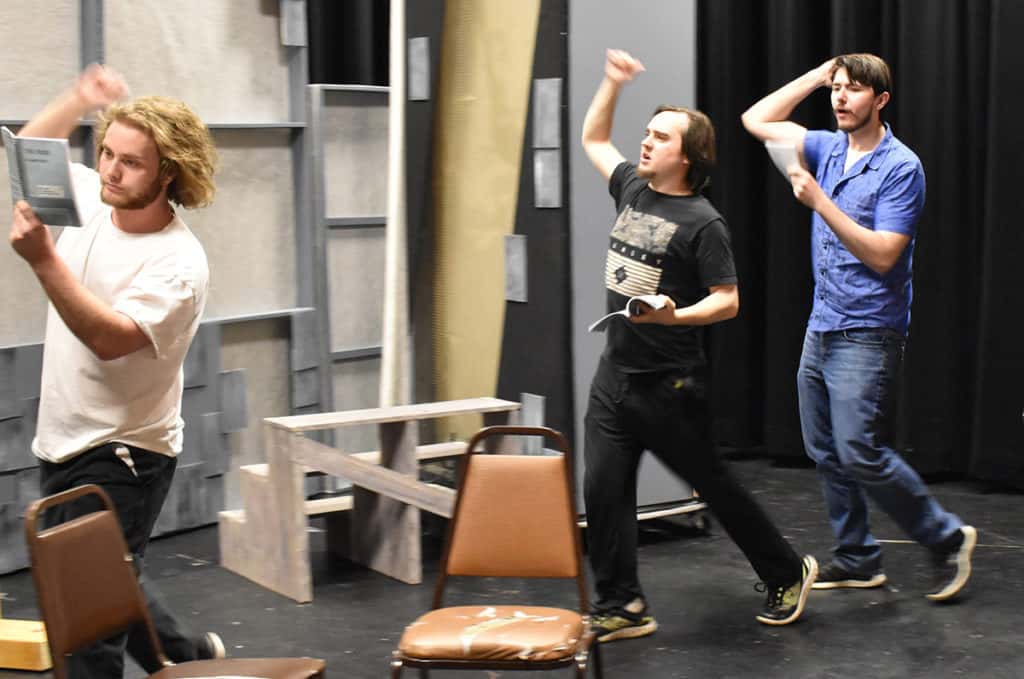 And although I had a tiny part in a production of “Teahouse of the August Moon” in high school (with BDT Stage’s Scott Beyette in the lead), Larry Shue’s hilarious “The Nerd” would be my first “big” role at the Backstage — a pretty hoppin’ little 98-seat community theater then located right at the base of Peak 10 in Breckenridge.

I don’t know that Wendy or Dee Dee or even myself knew if I could act, but they let me give it a shot and I did OK. “The Nerd” is such a damn funny show, and we had so much fun doing it. Missy Moore, who was maybe 11 or 12 at the time, played the kid, and Poke Keithley was stellar in the lead. I saw Poke recently — he lives very close to me in Highlands Ranch — and while neither of us act anymore, we enjoyed talking about the shows we did together in the 1990s.

Enough memory lane. But any actors out there, I’d love to hear from you: What was your first show and what do you remember about it?

It’s not theater, per se, but if you get a chance, check out Natura Obscura, an immersive art experience at the Museum of Outdoor Arts in Englewood. Download the app for the augmented reality, get your ultraviolet flashlight from the front desk and you’ll be transported into a trippy world of visual odds and ends. It’s hard to describe, but my wife said it’s like a mini version of Meow Wolf in Santa Fe (and Denver in 2020).

Natura Obscura runs through April. Tix and info at moaonline.org.

In Denver Center news, we learned this week that “Hamilton” will return in August of 2020. For all of us who didn’t get a chance to see it last time around, maybe tickets will be a little easier to come by for this tour. You can find out more and sign up for ticket notifications here. 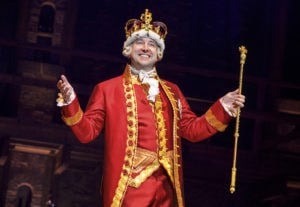 I’m happy to note that another old Summit County friend has started contributing reviews to OnStage Colorado. Kim Nicoletti and I worked together at the Summit Daily News and also some publications out of the Vail Daily office. Kim has covered a ton of A&E stuff over the years and brings a keen eye to her reviews. She will also ski rings around most people and also do lots of yoga and interesting dance stuff. You can see her first one above for the BDT Stage production of ‘Disenchanted.’

I’m also happy to have April Tooke contributing reviews from the Colorado Springs area and Lane Ware helping out in the metro area. The goal is to eventually have enough contributors to cover most of the state. I’m pretty set for the metro area but could use someone up Fort Collins way and down south in the Creede/Durango area, as well as further west from Aspen to Grand Junction. Drop me a line if you’re interested and have some writing experience.

So-called jukebox musicals may get plenty of scorn from theater elitists, and it’s fair to say that recycled material to tickle the nostalgia bone isn’t exactly high art. It can, however, be a lot of fun. Jen and I took in “Rock of Ages” at the Buell Jan. 27 and really enjoyed it. Back in the 1980s, I was more likely to be listening to the Grateful Dead or The Who than Journey or Whitesnake, but Jen was a certified headbanger, and she loves the power ballads and all that other quintessentially ’80s pop-rock.

So, too, did the nearly sold-out crowd. They definitely cranked up the amps at the ol’ Buell, and the band powering the show was pretty awesome.

Read April’s take on the show at the Colorado Springs Pikes Peak Center.

See you at the theater! 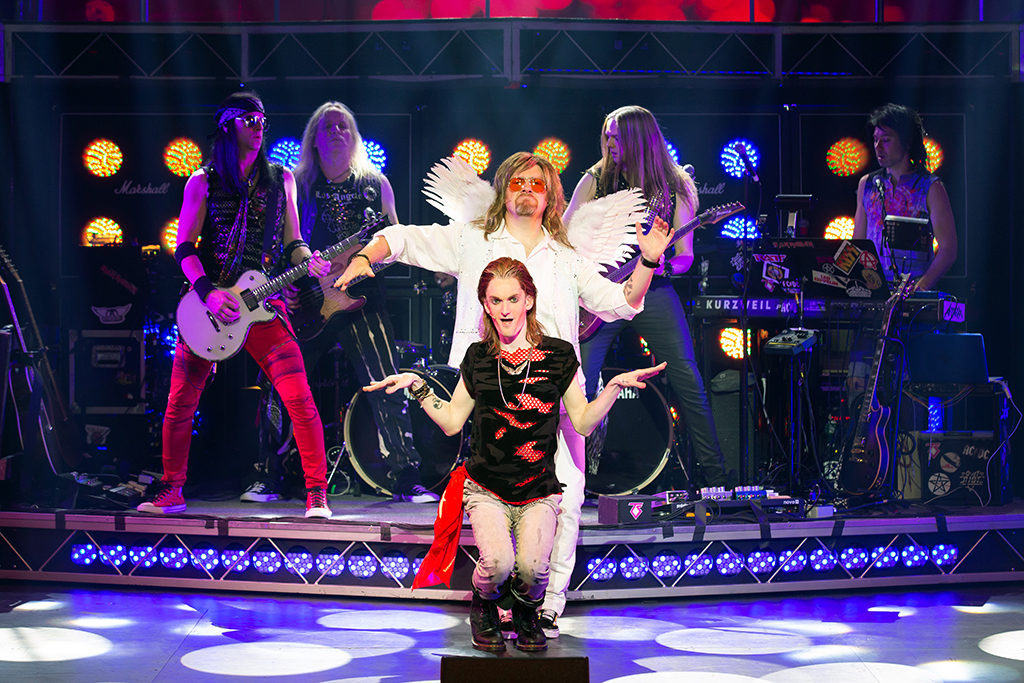