Kicking into 2019, I’ve been having a lot of fun with OnStage Colorado — now entering its fifth month of existence. We just passed the 5,000 mark in terms of how many theatrical events we’ve entered on the calendar.

I guess it is; Colorado is a pretty busy state, theatrically. And since many theaters have their seasons worked out well into the summer and even fall, I’ve been adding them as soon as I get them. I’ve also started adding in dance performances, where I can find them. Did you know we have a flamenco dance theater active in Colorado?

It’s called René Heredia’s Flamenco Fantasy Dance Theatre, and they have an event coming up Feb. 15 for Valentine’s Day weekend at the Cherokee Ranch & Castle in Sedalia.

I didn’t know about that place, either. Sounds pretty cool.

Part of the reason I started this website was to keep learning. I’m moving into a new demographic this month, and they say keeping your mind active as you round second (or is it third?) is a good idea. I tell you what: Entering the season for Creede Repertory Theatre definitely had me on my toes! The calendar program I use is great for recurring events that fall in a predictable pattern, which most show runs do. But rep is a different story, since they’ve got multiple shows running at once and they’re trying to cater to folks who want to hit several of them when they’re in an out-of-the-way place like, say, Creede.

Took forever to enter all that stuff. But nothing compared to the effort that goes into putting on that program every summer. 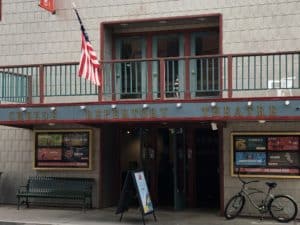 I went down there for the first time last summer to judge a few CRT shows for the Henry’s, and I’ve gotta say, it’s well worth the trip. It’s a beautiful drive, for one. Creede is this teeny-tiny groovy little mountain town where theater is everything (the place empties out after September; there are only a few hundred permanent residents). Their program has been going strong since 1966 and it’s top-quality theater.

If you go, which you should, check out their late-night “Boomtown” improv show. Fun stuff, and a chance to see the actors from the shows in rep let their hair down and try out their comic chops.

Now that the busy holiday season is past us, the busy winter play season is upon us. The Denver Center Theatre Co. is firing back up Jan. 18 with “Last Night and the Night Before,” with the every-joyful tale of “Anna Karenina” starting up Jan. 25. I’m also looking forward to seeing “A Bronx Tale” next week at the Buell.

Speaking of: I’m (actually) thrilled to note that we’ve started posting stories from DCPA’s John Moore on OSC. John’s mission at DCPA is to go deep on theater, and not just at the Denver Center. As such, it makes sense to get more eyes on the cool features he writes, so we’re going to start running them — with permission, of course. It’ll be a few paragraphs and then we’ll toss to the DCPA site cuz, you know, everyone wants their Google Analytics to look robust!

The first piece we’ve got from John is about “A Bronx Tale” and Chazz Palminteri. Check it out.

I’ve known John a pretty long time, but he didn’t know me back in 2005 or so when he reviewed a show I’d directed at the Backstage up in Breckenridge. I wouldn’t say he beat the shit out of me or anything, but he zeroed in on some things I was well aware of and called them out.

That’s what critics do.

Nowadays, John’s critical pen is still while his theater booster quill is ever sharp. He’s just come off his craziest time of year as he compiles the annual True West Awards. Along with the Henry’s, these awards are the biggest way we have to recognize all the great work being done on the Colorado stage. They culminated with the naming of Jessica Austgen as Colorado Theatre Person of the Year.

Right now, our site is a little thin on theater reviews since most of the more recent ones were holiday shows. That’ll change soon as January gets into full swing. I’ll have something on “A Bronx Tale” and then “Gloria” at the Curious. My colleague Jane Reuter will have a review of “A Little Night Music” from Cherry Creek (at the Mizel) and also “Casa Valentina” at Town Hall in Littleton. I’ve also got April Tooke hitting shows in Colorado Springs and another old friend, Kimberly Nicoletti, helping out with shows in Summit County and Boulder.

April is a new acquaintance but she’s done some nice work on a few shows in the Springs so far. Jane and I know each other from our Summit Daily News days, going back some 25 years.

Jane gained quite a bit of notoriety a few years back as the education reporter for the Douglas County newspapers covering the crazy doings at the school board. She’s since moved on to work with me again because she’s either a glutton for punishment or I’m the coolest boss in the world.

Some day, I hope to have journalists from around the state pitching in with reviews. These things take time.

Another show I’m really looking forward to is “The Pinter Plays” at Germinal Stage. Two one-acts. It’s pretty rare to see Pinter done anywhere and I’ve actually never seen one performed. Since I’m going to that one as a Henry judge, I can’t review it, but I’d suggest getting over there to check it out.

My other Henry show for January is “Steel Magnolias” up in Fort Collins. Open Stage Theatre Co. is doing it at the Lincoln Center, and my oldest daughter Brittany is very excited to see it with me. She thought it was just a movie!

Such a great play. I’ll never get over the fact that it was written by a guy.

I can’t mention all the theater going on everywhere in Colorado — that’s what this site is for. But I will note one more upcoming show I’m intrigued by and that’s “Hooded or Being Black For Dummies” opening Jan. 18 at Aurora Fox. I’m going over there to chat with the director (True West Award winner Betty Hart) and executive producer Helen Murray), so I’ll have a pre-show feature about that one. And voilá – here it is!

Whew! See you at the theater!