The Old West is coming alive on a wooden-planked stage in “The Man Who Shot Liberty Valance,” presented by the Springs Ensemble Theatre. Now in its 10th season in the central Colorado Springs house-turned-theatre, the bawdy action is staged in a dusty saloon, circa 1890, where townsfolk congregate to shoot whiskey and fear gun-slinging bad guys — until an unlikely hero confronts the notorious outlaw Liberty Valance.

A 1962 film with John Wayne and Lee Marvin, and reimagined for the stage by Jethro Compton, Valance is a story of love, justice, hard living and hard drinking on the barren prairie. In 2007, the film was selected for preservation in the US National Film Registry as being “culturally, historically, or aesthetically significant.” Big boots to fill, indeed!  Still, SET presents a credible Western on a tiny stage no larger than its seating with a saloon backdrop of ambient lighting complete with flickering bulbs. Simple set changes use the costumed ensemble to transition scenes with fluid precision.

Writer, actor and executive producer of the show, Jenny Maloney, also plays one tough lady as saloon owner Hallie Jackson. Think Miss Kitty from Gunsmoke. Hardened but big-hearted, she falls for injured New Yorker Ransome Foster (Matt Radcliffe) who arrives in Two Trees barely alive. Foster has run afoul of Valance, and the outlaw is bent on revenge. Out of his element but bolstered by the townsfolk and his own sense of justice, Foster must choose to fight or flee. Radcliffe embraces Foster’s transformation from spineless to backboned with credible progression.

In “staging” an action-packed Western minus horses, dust and gunfights, Compton’s version creates an intriguing sub-plot of history among his characters:  there’s simply more to Two Trees than uneducated homesteaders eking out a living while dodging bullets. As Foster settles into Two Trees, he brings hope to the town while gaining its respect as the final showdown with Valance looms.

Sweet on Hallie, Chad Siebert is a standout playing Bert Barricune as the rugged cowboy with a fast hand and soft heart. He’s steadfast, even when Hallie breaks his heart, playing Barricune with raw masculinity to Foster’s stiff urban naiveté.

Jude Bishop plays the doomed Liberty Valance with subdued brutality. Never breaking character, he is the cool, cocky and confident antagonist capturing the perfect vibrato of a villain.

Well-known to local stages, Solomon Chavez plays a comfortable and familiar role as Marshall Johnson. The narrator is played by musician and local favorite Jeremiah Walters, who steps in and out of the action to fill storyline gaps the stage cannot accommodate.

The SET cast successfully captures the vernacular of the day, avoiding excessive Western slang but still embracing the gait, garb and grit with entertaining authenticity. While Liberty is a drama, it has lighter moments of clever banter with minimal drag.

“The Man Who Shot Liberty Valance” is a predictably bawdy adventure from a bygone era and well-played by this talented troupe. A gunfight not to be missed! 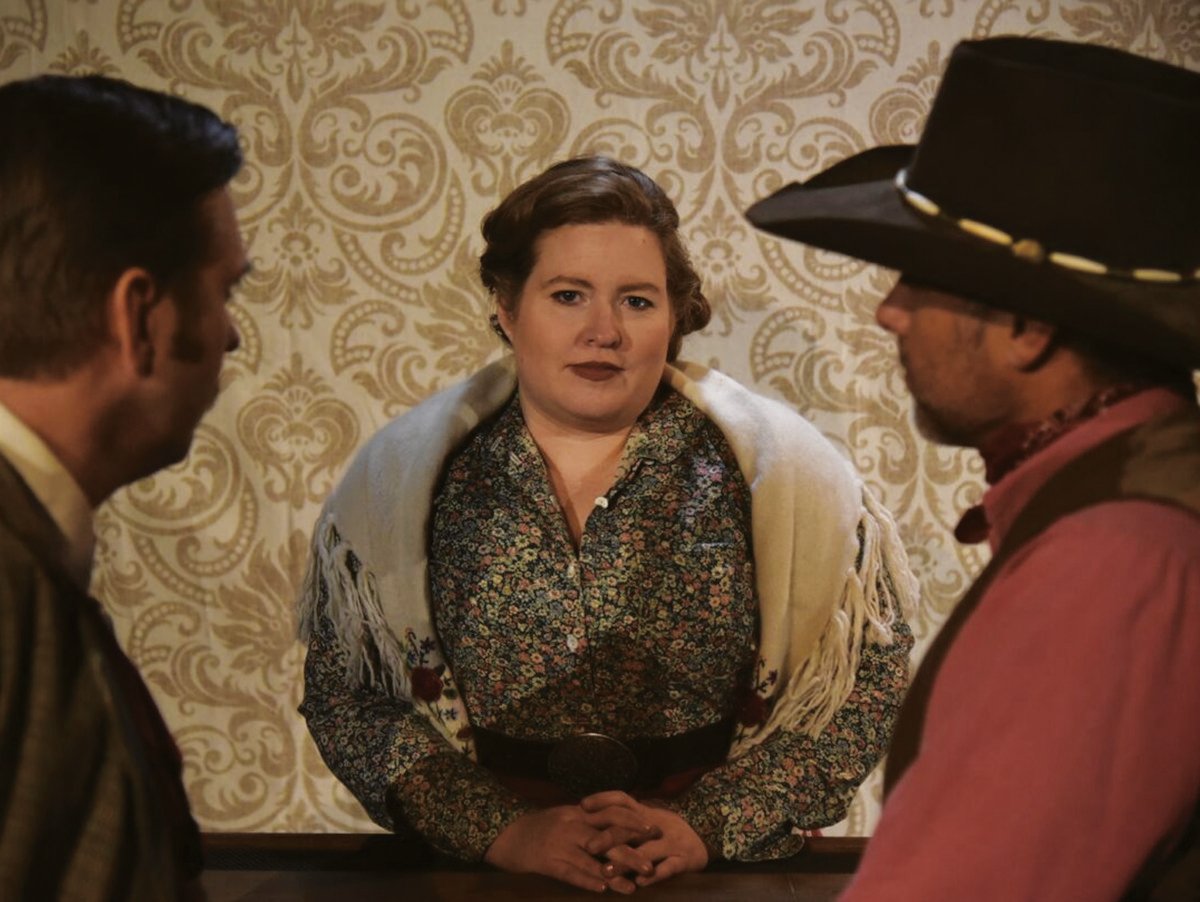 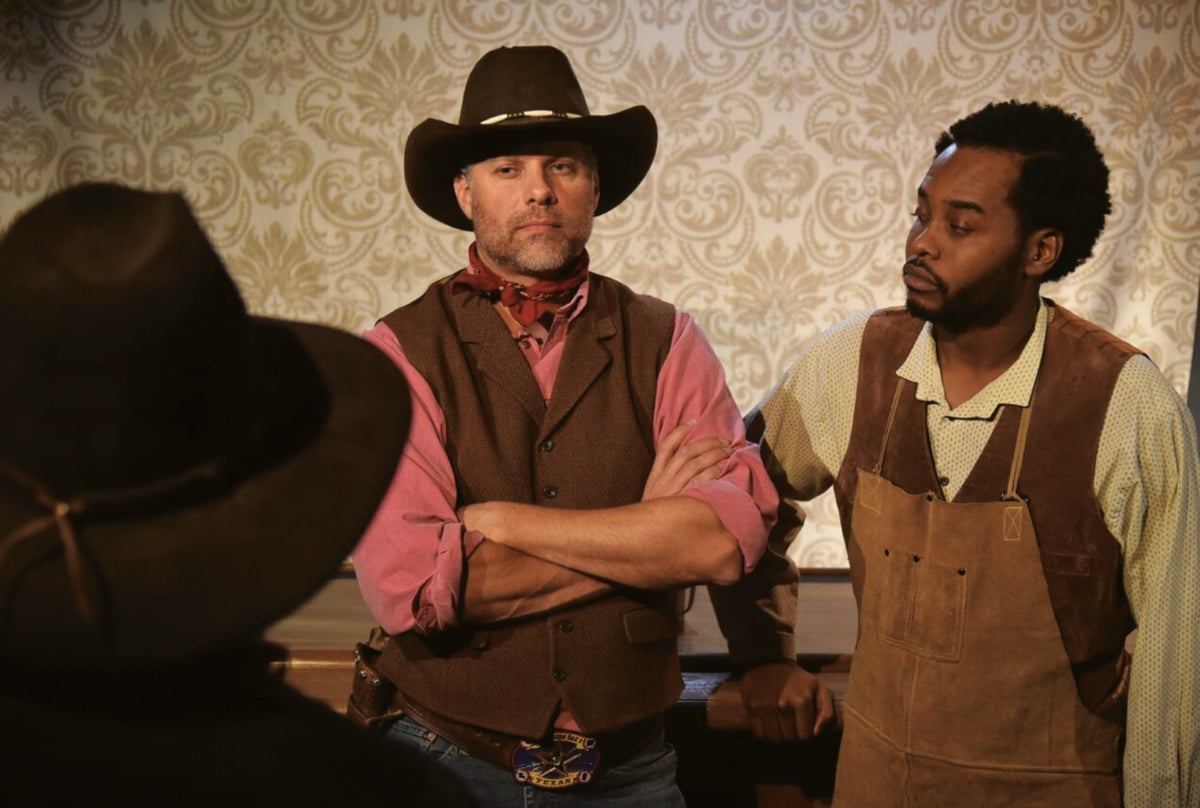 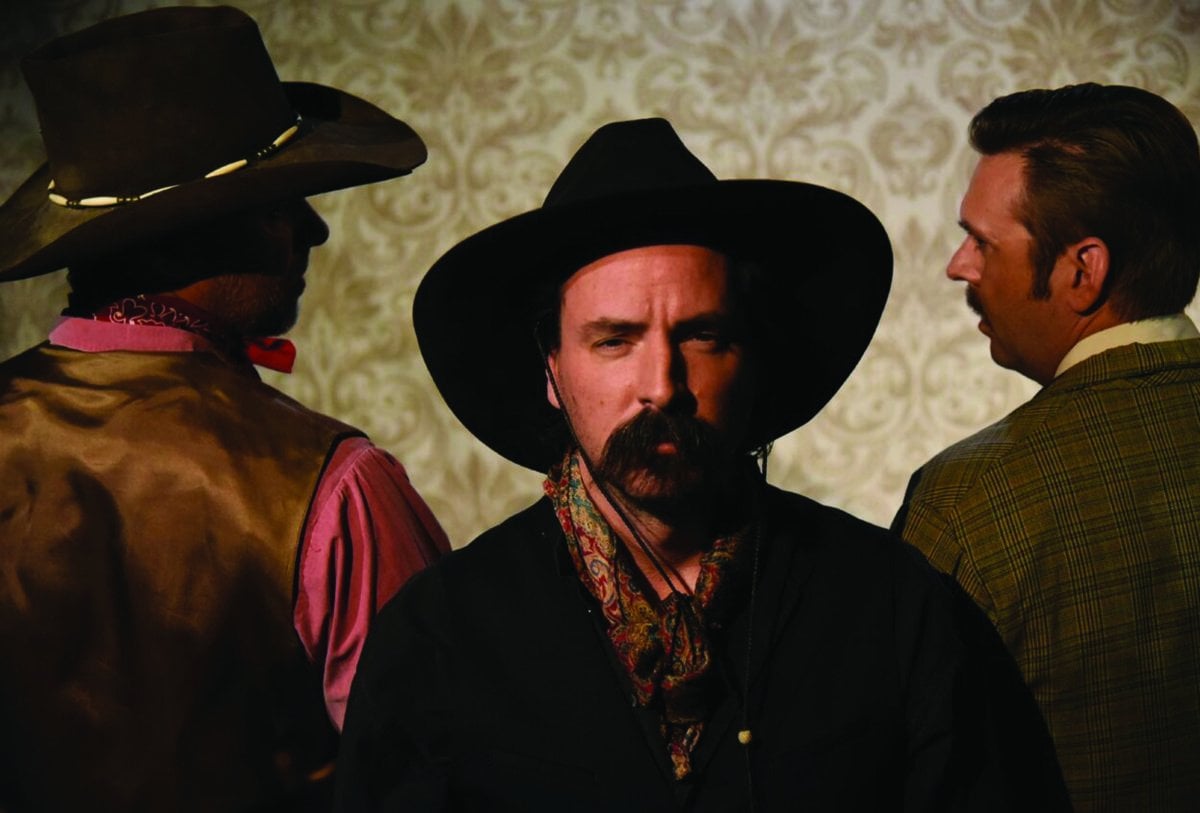