Skip to content
Home/Posts/Reviews/‘Indecent’ at the Denver Center: A scandalous play within a play
Previous Next

‘Indecent’ at the Denver Center: A scandalous play within a play

There’s a lot to unpack with Indecent, the Paula Vogel play that opens the new season for the Denver Center Theatre Company. It’s a play within a play, there are three musicians embedded in the cast, pogroms, prostitutes, a problematic same-sex relationship and themes ranging from Judaism to artistic freedom and suppression. The settings range from Warsaw in 1906 up to Connecticut in the 1950s.

It’s a busy play — so busy, in fact, that the nearly two-hour show is presented without an intermission. While it seemed like a stretch, I also appreciated the lack of break for keeping up with the multi-layered plot sans interruption.

Indecent is based on the real-life story of Yiddish playwright Sholem Asch, played mostly by Zal Owen (most of the actors play multiple roles, and Paul Kreppel also plays Asch as an old man). Asch’s first play, a melodrama written in Yiddish, is a doozy for 1906 Poland. It tells the story of a brothel owner (also Kreppel) who looks to gain some god points by arranging a marriage for his virginal daughter with the son of a good family. That plan falls apart when the daughter, Rifkele (Andrea Goss), falls for one of the prostitutes in her father’s employ (Lianne Marie Dobbs).

Ruh-roh. Not a big deal in today’s theater, but Asch’s script for God of Vengeance scandalizes the men in his literary group who hear the first reading (“Burn it!” suggests one). Fortunately, he finds a supporter in Lemml (John Plumpis), who goes on to become the play’s stage manager as it gets produced all over Europe. Plumpis is a delight as the audience ombudsman helping explain things here and there, and his character also serves the No. 1 fan and booster of God of Vengeance over several decades.

Other than a controversial and potentially seat-filling “rain scene” where Rifkele and the prostitute have their first kiss (and presumably more), it was never entirely clear to me what drove Plumpis and the troupe to keep performing it — even after Asch himself loses interest in it enough to allow major revisions without his review.

When the NYPD vice squad shuts down the Broadway production on obscenity charges and hauls the actors off to jail, we’re still left wondering about the stakes for … a melodrama. I found myself asking why this story matters against the backdrop of far weightier and profound stories that came out of the first half of the 20th century.

The answer has more to do with how those events shaped a small group of Jews just trying to live their lives as artists. One recurrent theme for producers and others unhappy with God of Vengeance was simply that, as if the Jews didn’t have enough trouble, now this damn play is getting all this negative attention due to its morally depraved characters.

It’s a reminder that for Jews, the omnipresent background of anti-Semitism is always there no matter what else they’re doing. And imagine, if it’s hard enough to be a Polish Jew in the 1930s, how life’s struggle is compounded when you have to be lesbian atop that. 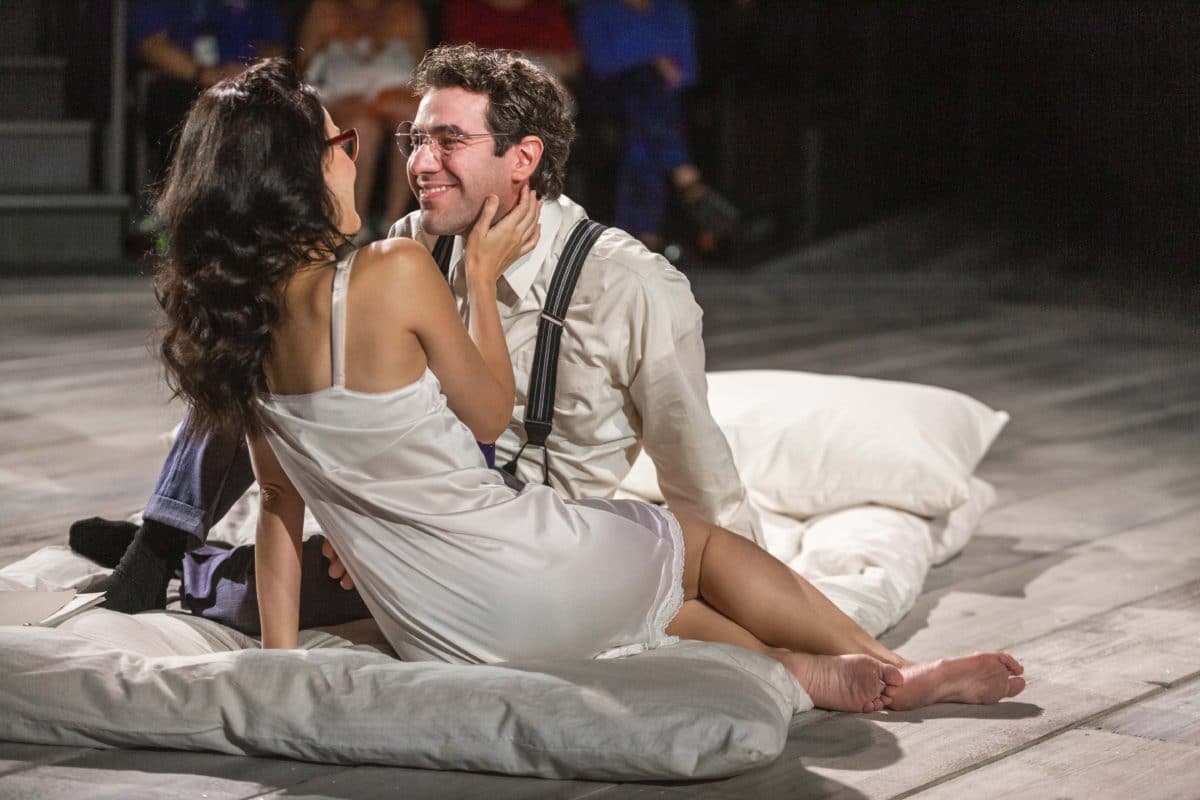 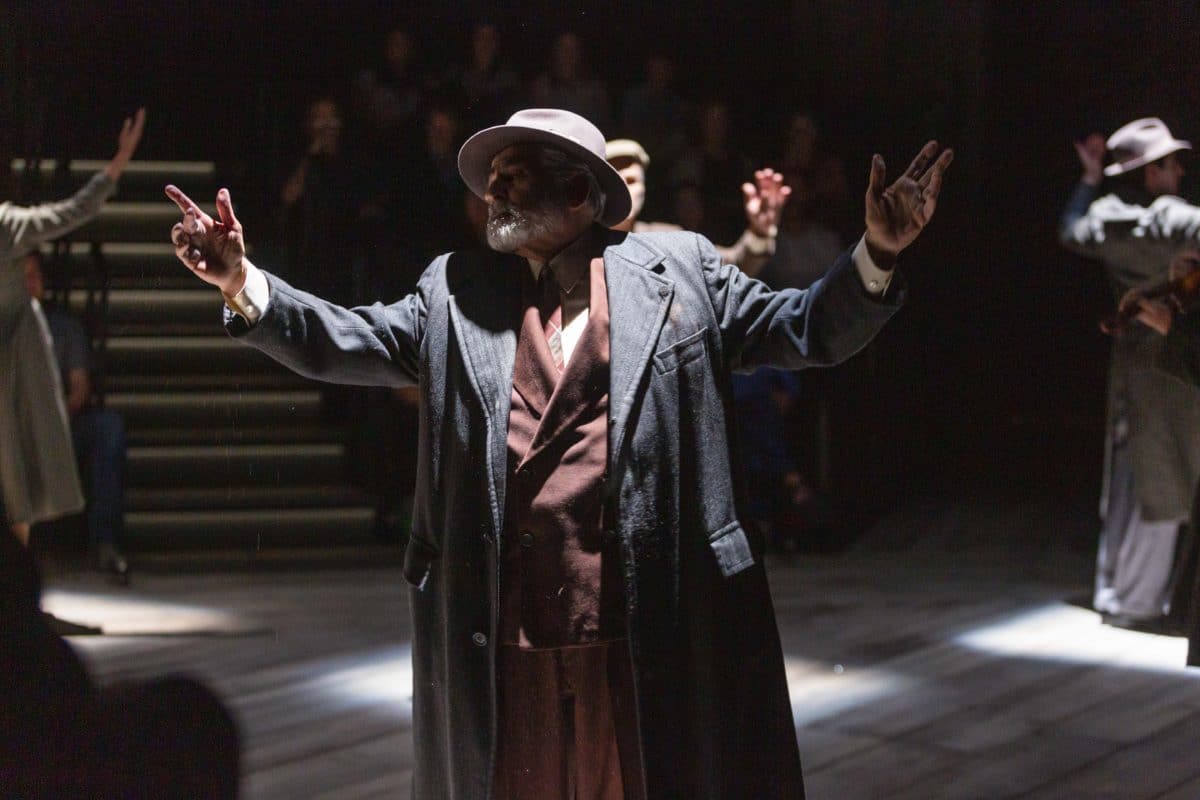 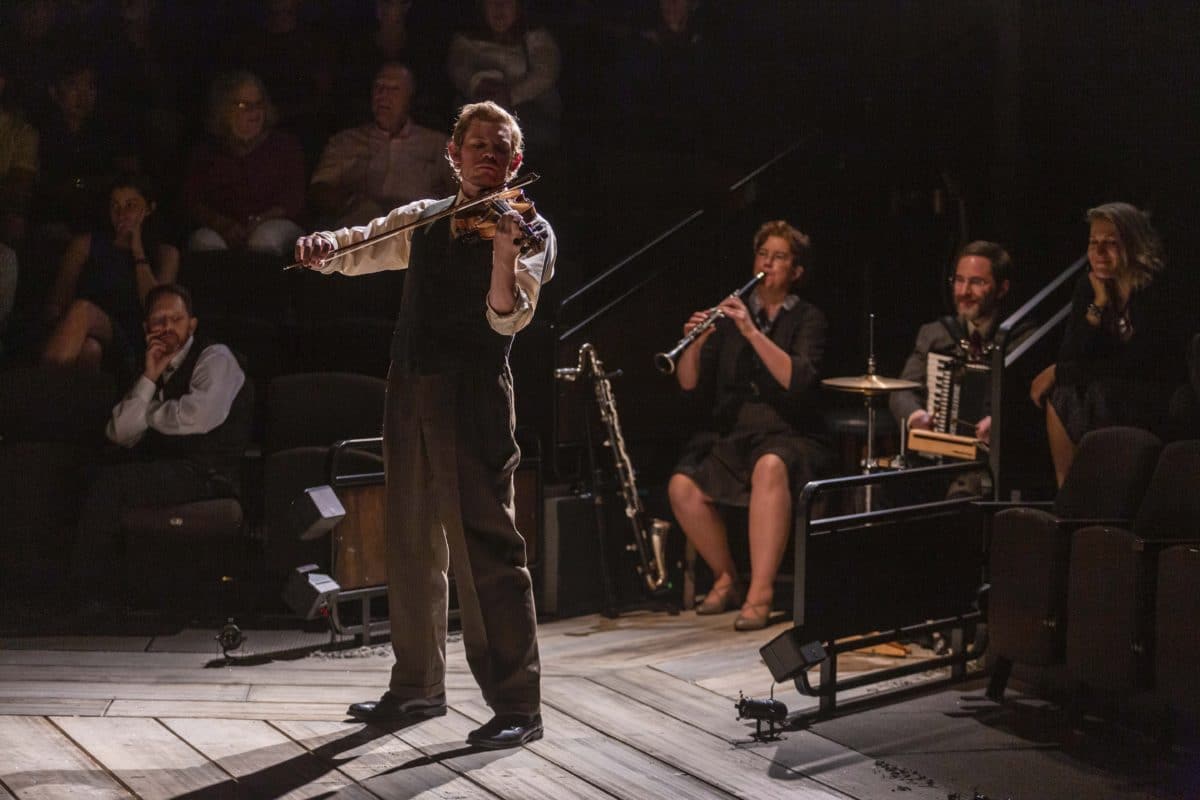 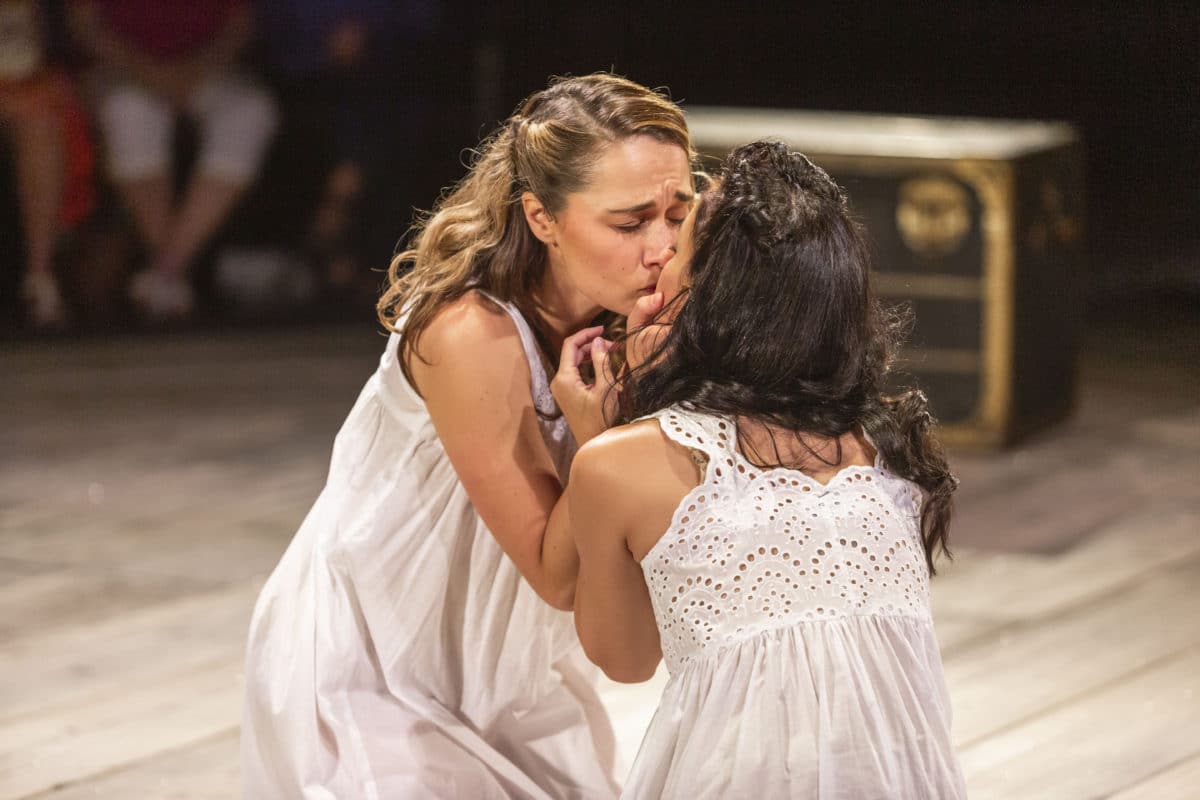 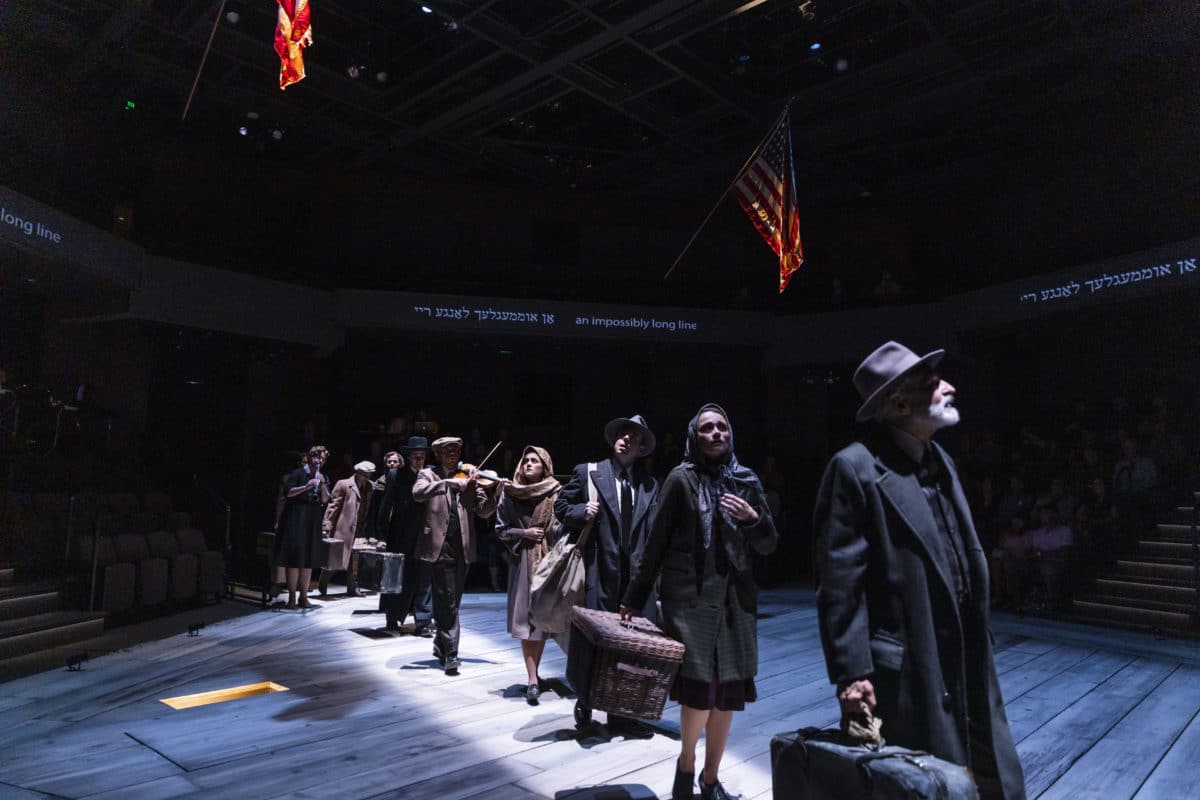 As the first show of the DCPA Theatre Company’s new season, Indecent sets the bar high production-wise. Staged in the in-the-round Space Theatre, director Nancy Keystone made full use of the pentagonal theater’s multiple entryways and sight lines. It gave the 10-member cast plenty of room to depict everything from “an impossibly long line” at Ellis Island (and, later, at a concentration camp) to multiple theaters from Bridgeport to Bratislava. Inventive use of the spaces below the second tier of seats allowed projected translations of some of the Yiddish being spoken, as well as other information. The deceptively simple wooden floor produced a lot of surprises, inventively imagined by scenic designer Efren Delgadillo, Jr. Costumes by Jeff Cone were fantastic, as were sound and lighting by Curtis Craig and Elizabeth Harper, respectively.

The impressive, shape-shifting cast has a lot of work moving from character to character, and Goss and Dobbs are particularly effective as the lovers at the center of the controversy. It’s curious to have the word “indecent!” hanging over them as their affection for each other is so sweet and innocent. As we move from the world of the play to the world of the actors and back again, the lines blur and we forget at times where we are. Scenes are repeated, then repeated again and again as if to assert that God of Vengeance will be performed no matter what for all time. Vogel, for her part, has helped keep it alive through this retelling.

And if all that weren’t enough, we have the three musicians — Ben Cohen on accordion, Erik Fellenstein on violin and Meg York on clarinet — adding this klezmer-y soundtrack throughout. It’s a nice touch, and it doesn’t take long before we simply accept the trio — accomplished musicians all — as the de facto soundtrack to the story.

Indecent is, after all, a stirring tribute to artists who had to fight censorship in the past and a poignant reminder that freedom is fleeting. When one of the characters assures another after they arrive in America that “it can’t happen here,” I’m sure I wasn’t the only one in the audience thinking: “Oh really?”

Where: The Denver Center Space Theatre