Strong cast delivers in one of Simon’s best-known plays

It’s been a while since I’ve taken in a Neil Simon play, and I’d forgotten how enjoyable they can be. The prolific and acclaimed playwright, who passed away just last year, leaves behind over 30 plays and at least as many screenplays. In Colorado, it would be difficult to find a better theater company to revisit Simon’s classic combination of comedy and drama than Miners Alley Playhouse in Golden.

This is the fifth play by Simon recently produced at the theater, and it’s obvious they’ve got the whole Siimon thing down to an art and a science, from the set and lighting to the directing and cast. Proof point: The night ended in a standing ovation during the performance I attended.

“Lost in Yonkers” is a coming-of-age story set in New York during World War II and centers around two brothers, Arty and Jay. The play, which draws extensively on Simon’s own life and experiences as a young man, is the last in a group of autobiographical plays (including “Brighton Beach Memoirs,” “Biloxi Blues,” “Broadway Bound”). It’s also the most acclaimed of the four, capturing both a Pulitzer Prize and Tony Award.

The set features a small apartment above a store, instantly evoking both the era and the simplicity of the times. Good lighting and sound design also helped set the scene. The small cast features memorable characters who are likeable despite their flaws (or despite many flaws in some cases).

The boys begrudgingly live with their surly grandmother and their mentally challenged Aunt Bella. Their mother has died of cancer and their father is forced into an exhausting travel schedule selling scrap iron to pay off the loan shark — money he borrowed to ease his wife’s illness. During their father’s absence, the naïve boys are swiftly caught up in the other family member’s foibles and angst.

Between Simon’s trademark New York wit and one-liners is the tragic heartbreak and long-reaching consequences of their grandmother’s emotional distance and simmering anger. As the boys navigate their way through the family’s troubles and travails, they learn lessons about family, love and responsibility and emerge wiser — if somewhat wearier — for the experience.

Veteran director Warren Sherrill did an excellent job assembling the talented cast. They played well against each other and kept the energy high despite the frequent emotional outbursts required by the script.

This was the Miners Alley debut for both of the student actors portraying the young brothers, and their solid performances are built upon a growing background of local theater roles. Ben Feldman, an eighth-grader at DSA, did an outstanding job as the wide-eyed, beguiling younger brother Arty. Dee Jimenez, who will graduate with a BFA in acting from CU Boulder this spring, was also a stand-out for his poignant portrayal of the oldest brother, Jay, who goes through a dramatic transformation from an awkward youth to a young man before our eyes.

Two other standouts are Haley Johnson (Aunt Bella) and Deborah Persoff (Grandma Kurnitz). Johnson did a remarkable job of portraying Bella’s neurotic side tempered by her sweet and giving nature. It would have been easy for the physical tics and handwringing to put Bella over the top, but instead Johnson portrayed a warm and complex woman struggling with overwhelming emotions.

Persoff, who had the most difficult and complex character in the play, did a masterful job as the distant, angry grandmother who dominates the family with a firm fist (or “heavy cane” in this case).

Damon Guerrasio as Uncle Louie also offered a strong performance, particularly when balancing his mercurial temper against his desire to protect his less worldly family members — as well as his commanding mother.

“Lost in Yonkers” plays through March 3.

What: Neil Simon’s ‘Lost in Yonkers’ 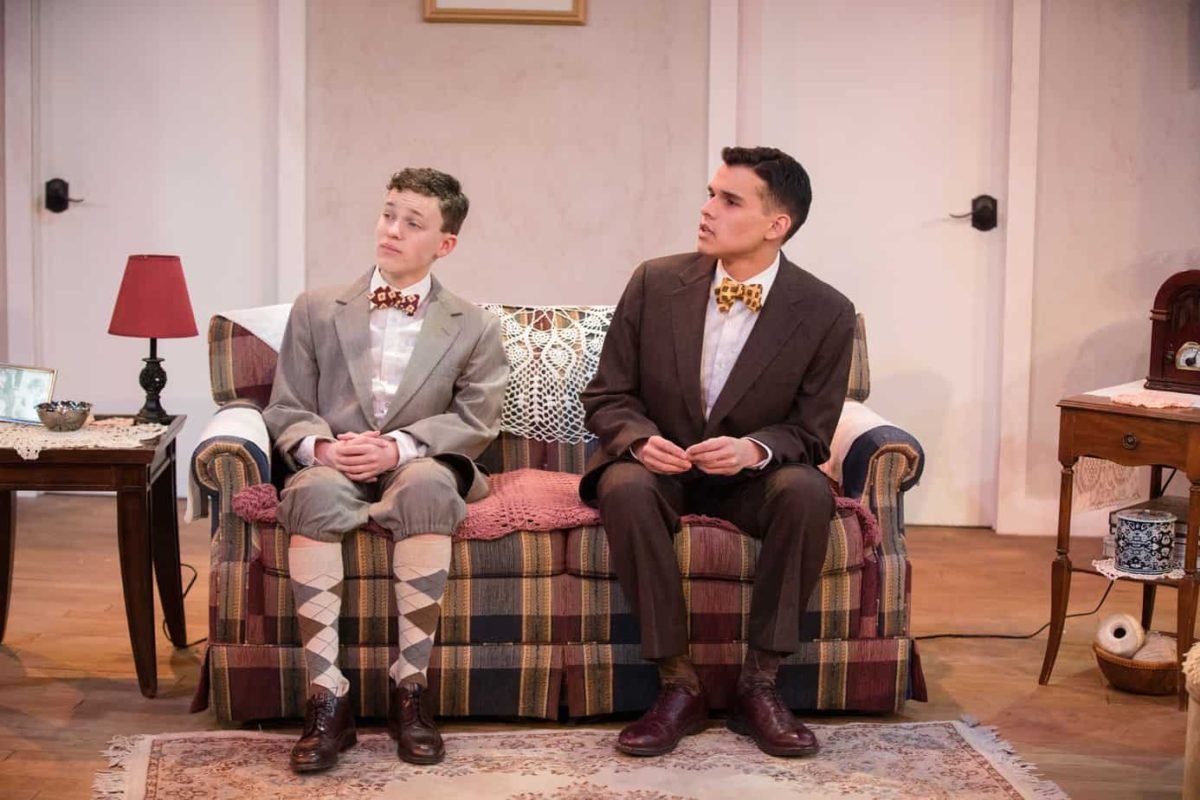 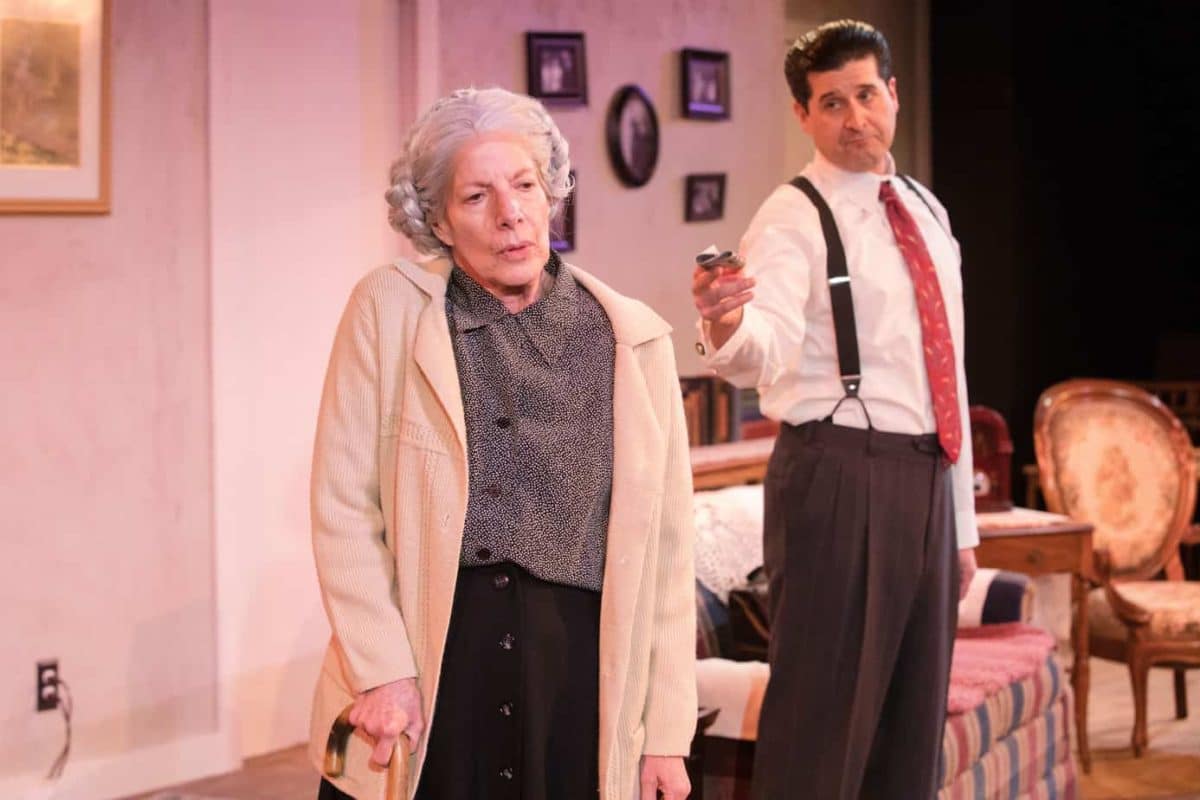 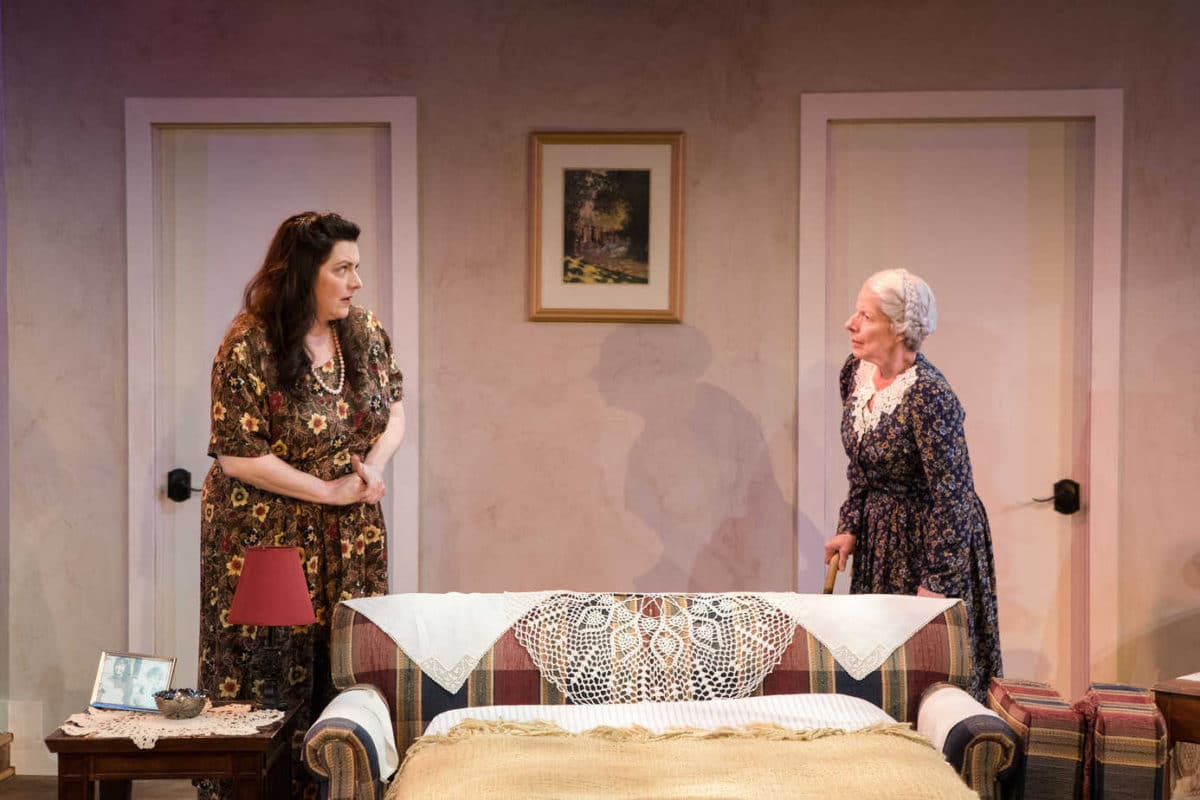 About the Author: Lane Ware

A brief stint participating in community theater hooked Lane for life, although she quickly discovered that her talents were better spent on appreciating it rather than participating in it. She’s always up for catching the latest production, no matter the genre or locale.