Miss Saigon premiered in London 30 years ago, but it happened to be one of the big musicals I’d never seen. “Something about Vietnam” was the extent of my knowledge of the show, and I’m perfectly happy to go into something like this with little or no preconceptions about what it’s going to be.

The 2015 revival is now in residence now at the Denver Center’s Buell Theatre through Sept. 22, and it’s well worth checking out. Like most big Broadway touring productions, Miss Saigon is elaborately staged, with massive and impressive sets, an extraordinary cast and every production detail from sound and lighting to costumes and choreography all topnotch.

The musical, by Claude-Michel Schönberg and Alain Boublil, with lyrics by Boublil and Richard Maltby Jr, is based on the Puccini opera Madame Butterfly. The opera is about a Japanese geisha and an American naval officer in the early 1900s, while Miss Saigon tells the story of a doomed romance between an American GI and a Vietnamese bargirl right around the time of the fall of Saigon in 1975.

At the heart of the show are the American, Sgt. Chris Scott (Anthony Festa) and Emily Bautista as the bargirl Kim. Their romance is hot and heavy, and director Laurence Connor has them hip to hip and nose to nose while they sing to each other. It’s intense, and it helps establish why their love is so deep given the relatively short amount of time the show devotes to their burgeoning relationship.

It’s not long before they’re torn apart by the war, and Chris goes back to Atlanta while Kim, pregnant with his child, remains behind ever hopeful that he’ll one day return.

In the middle of all this is a character called “The Engineer,” played with maximum fabulousness by Red Concepción. Initially the operator of the Dreamland brothel where Chris and Kim meet, he too is thrown into turmoil by the fall of Saigon, ultimately making a deal with Kim’s original fiancé Thu (Jinwoo Jung) to find the girl and bring her to him.

Chris ultimately finds out about Kim still being alive and the existence of his son, Tam, through his friend John (J. Daughtry). Stateside, John works for an organization that helps the “Bui-Dui” — children fathered by Americans left behind in Vietnam. Now married to Ellen (Stacie Bono), but still in love with Kim, the couple make an ill-fated trip to Bangkok, where Kim has fled with The Engineer and Tam.

It doesn’t end well but, then, nothing good did come out of that war.

Many of the musical numbers in Miss Saigon are dark and brooding or, in the case of some of the bigger ones involving the communists, downright terrifying. Suffice to say you’re not likely to come out of this one whistling the melodies, but they do a good job establishing the mood while giving plenty of opportunity for the dancers, orchestra and set and costume designers to show their stuff.

While the show is largely focused on the love rectangle between Chris, Kim, Ellen and Thuy, The Engineer is the star, and Red Concepión plays him for all he’s worth. One scene in particular, “The American Dream” is as big as they come, with The Engineer conjuring up a wild fantasy about what life will be like in America.

Other big numbers involve the prostitutes twerking and shakin’ it in bikinis as the GIs slaver over them.

Hanging over it all, of course, is the sober realization of what a mess we left behind in Vietnam. Miss Saigon puts some very human faces on the tragedy, particularly in the form of 3-year-old Tam (played by a rotating group of impossibly cute boys and girls).

It’s not an easy musical to watch, but this is a first-rate production that has so many extraordinary moments in it that it’s impossible to look away. 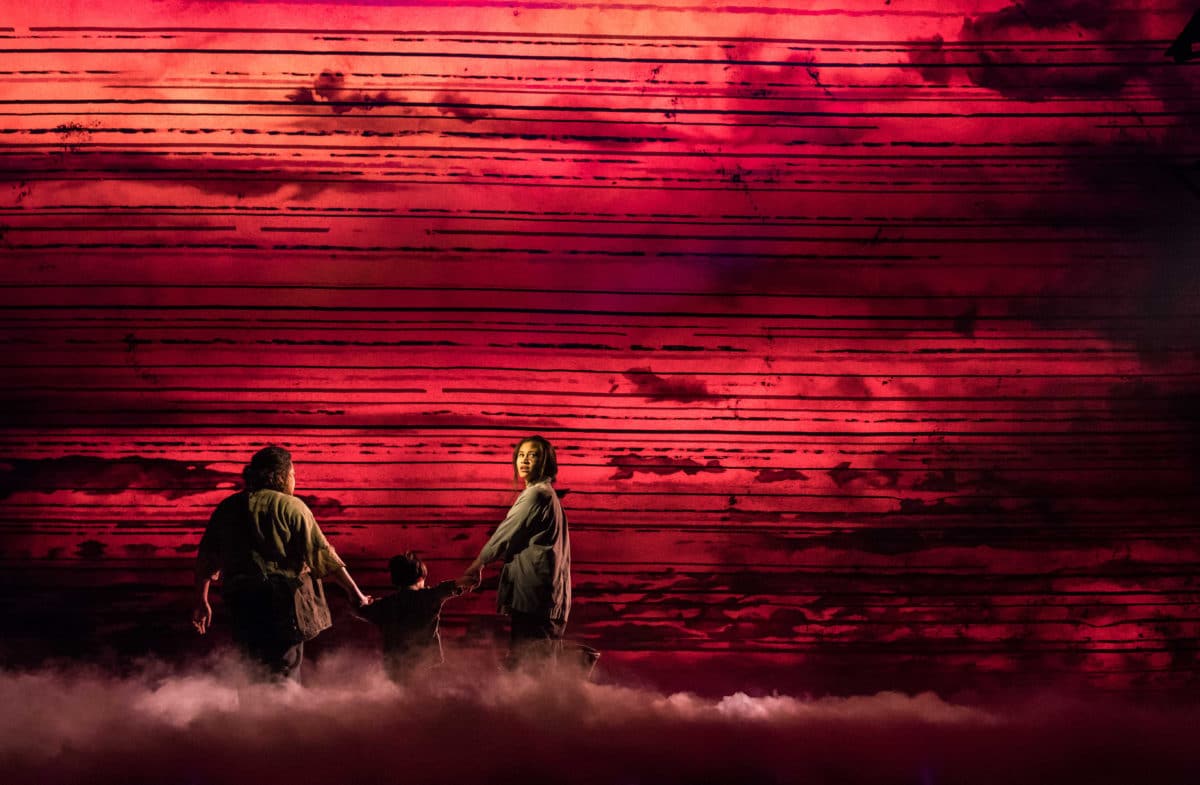 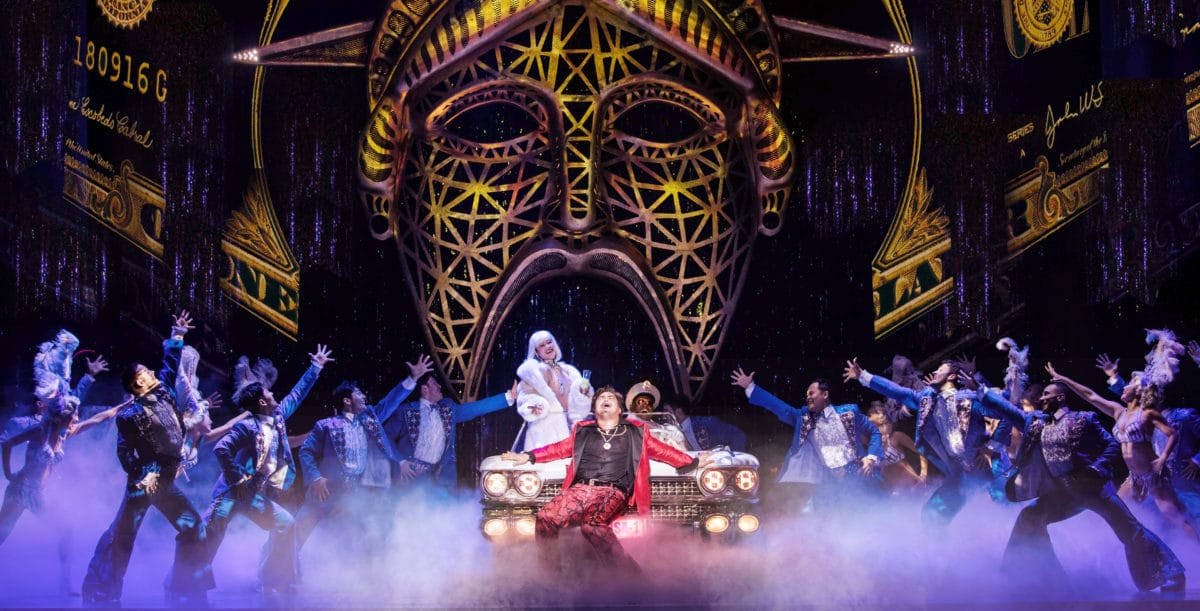 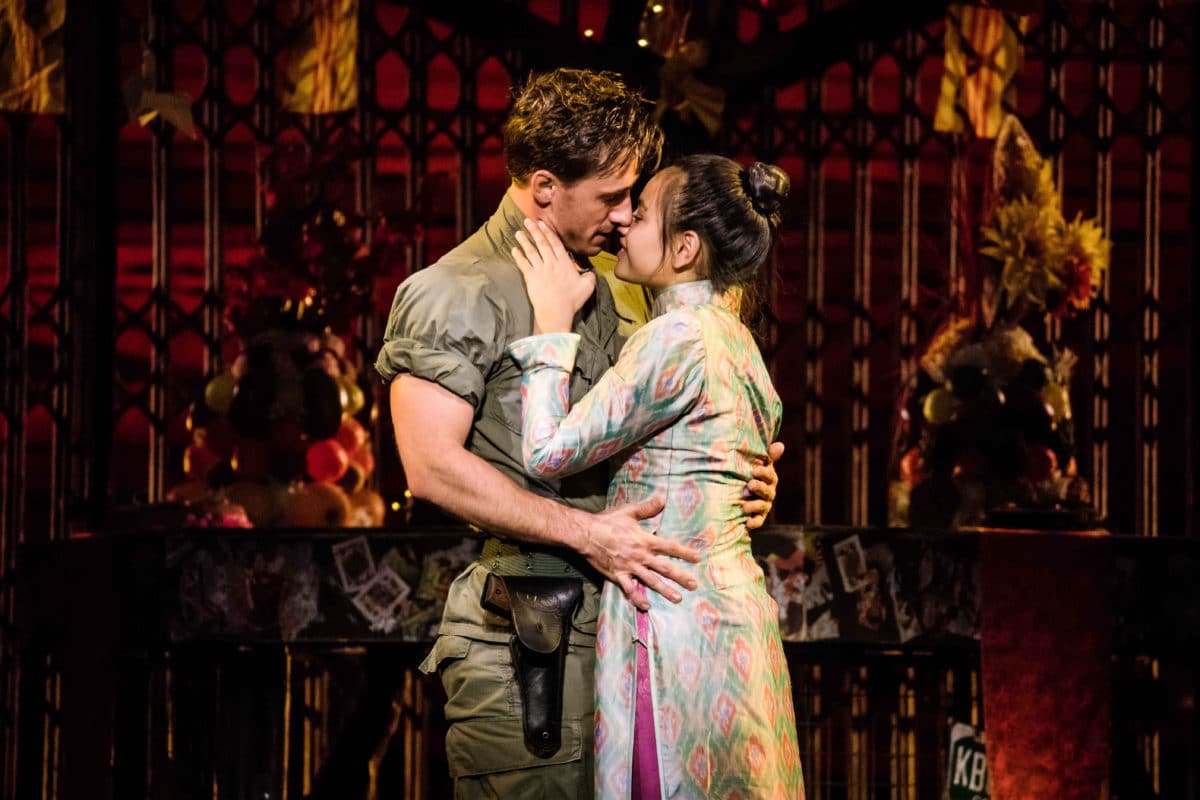