Imagine eight actors playing 50+ characters against a bare stage with only a few props to re-tell a violent hate crime. The talented troupe at Springs Ensemble Theatre took on this challenge in a must-see docudrama rare to local stages.

A full house packed the small venue for opening weekend of The Laramie Project. The story follows the 1998 murder of 21-year-old Matthew Shepard, a gay student at the University of Wyoming, as told through the eyes, ears and experiences of community members as they grapple with the vicious crime.

The staged docudrama is a format most seen on the small screen, but the troupe’s mosaic of voices told the story masterfully. Diverse perspectives were shared with profound credibility from sympathetic classmates, professors and the town’s leadership, to bigoted townsfolk and even friends of the accused.

The perpetrators, Aaron McKinney and Russell Henderson were ultimately convicted of the heinous beating, torture and abandonment of Shepard — who died from his injuries. Both are serving two consecutive life sentences.

Written by Moisés Kaufman and based on interviews conducted by Tectonic Theatre members in Laramie the year after the murder, the story relies almost entirely on voice. There is no set, few props, costumes or music. Instead, the show makes good use of light to shift the action, alter the mood and create impactful pauses.

Stage veteran SET President and the show’s co-producer Matt Radcliffe radiates onstage, playing a handful of characters. From narrow-minded rancher to local bar owner, his characterizations are enriched with subtle nuance in voice, infliction and gesture.

Like all the Laramie actors, Radcliffe masters the quick-shift when the scene goes dark and the actors inhabit a different character as the lights come up. The Laramie tragedy is told in different lights, literally, giving it a brilliant balance of perspective with differing resolution.

Local actor, writer and the show’s light designer, Jenny Malone, captures the essence of her characters with profound humanity. From callous to caring, she is authentic even with her roles as different as night and day.    She is the townie, the educator and even an interviewer as part of the Tectonic Theatre Project, which eventually works with Kaufman to craft the play.

Returning to the Springs from NYC and LA, Jenice Marshall is a dynamo on stage. In one scene, she personifies the town’s old guard as a matron rancher. Later, as the lights encase the stage, she is a youthful hipster spinning sassy speak. Marshall does her homework to fine-tune her characters.

David Corder brings many talents to SET, powerfully voicing provocative thoughts as the story advances. He possesses a quiet grace onstage, moving with fluid ease through his characters.

Newcomers to SET — Carmina Paner, Jackson Bailey and Kaitlin Montalvo — are impressive, weaving the show’s tapestry between real and composite characters. Hans Mueh is a standout as a young actor on the most-watched list.  Now in his third show at SET, Mueh credibly voices characters well beyond his years. He will be missed on Springs area stages when he heads to Marymount Manhattan in New York City to pursue a degree in musical theater.

SET has almost outgrown its quaint confines. The show had some technical glitches, but they were but momentary distractions to the message unfolding onstage. The show’s run will include one last talkback with cast, crew and guests set for July 21. Proceeds from one performance will be donated to the Matthew Shepard Foundation.

Laramie is a must-stop on this summer’s theatrical stage: raw and real—an important watch. 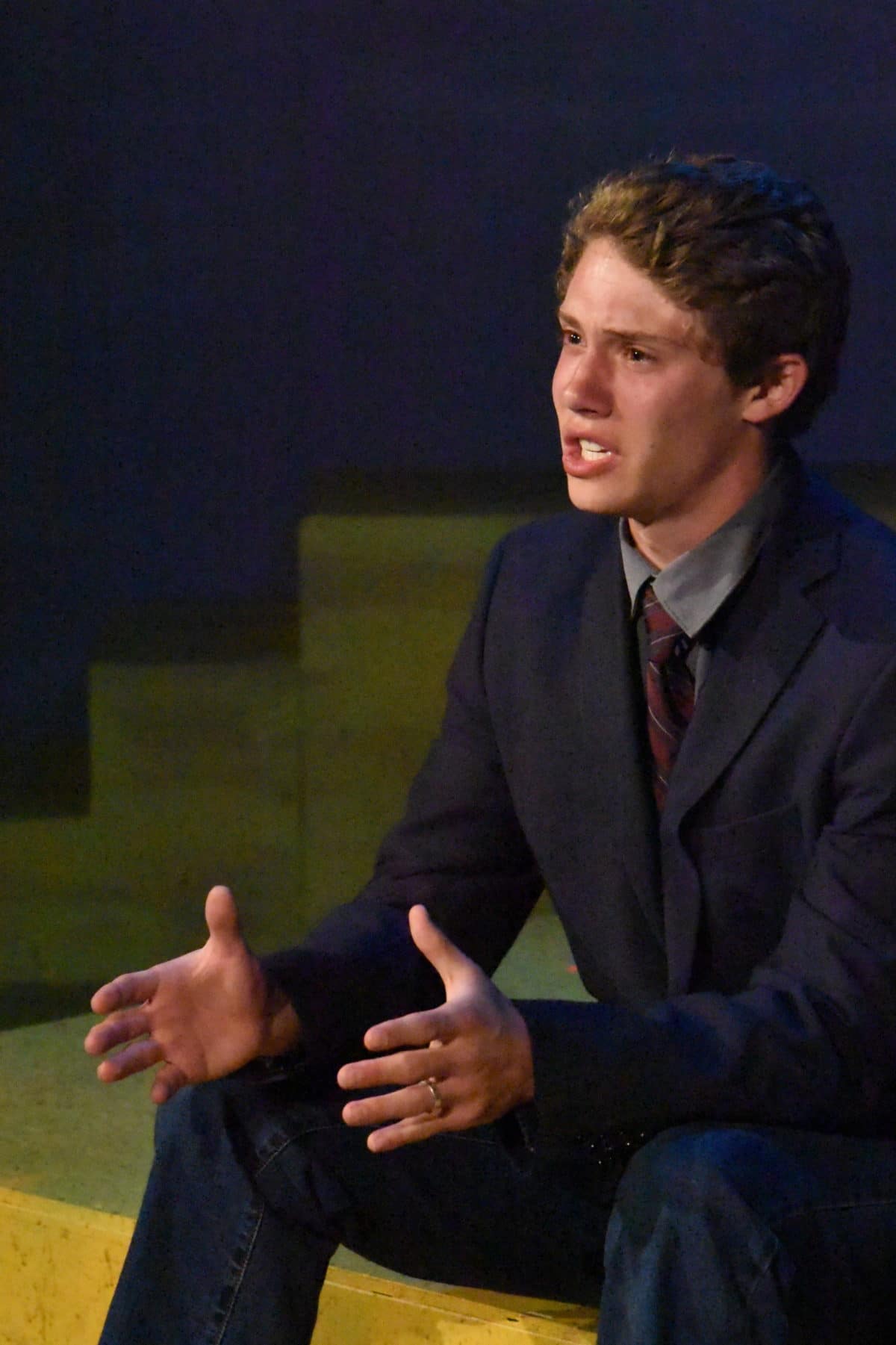 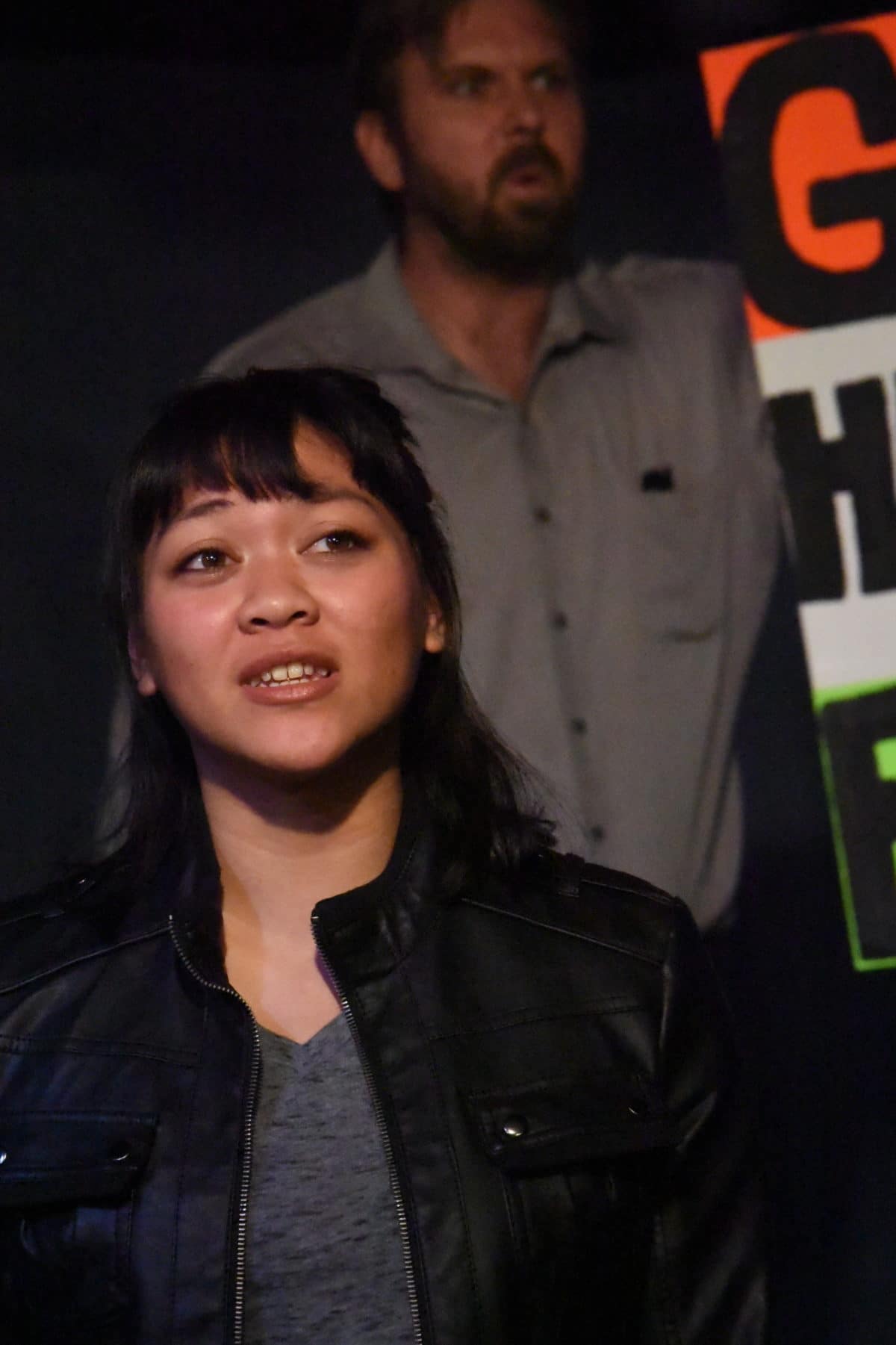 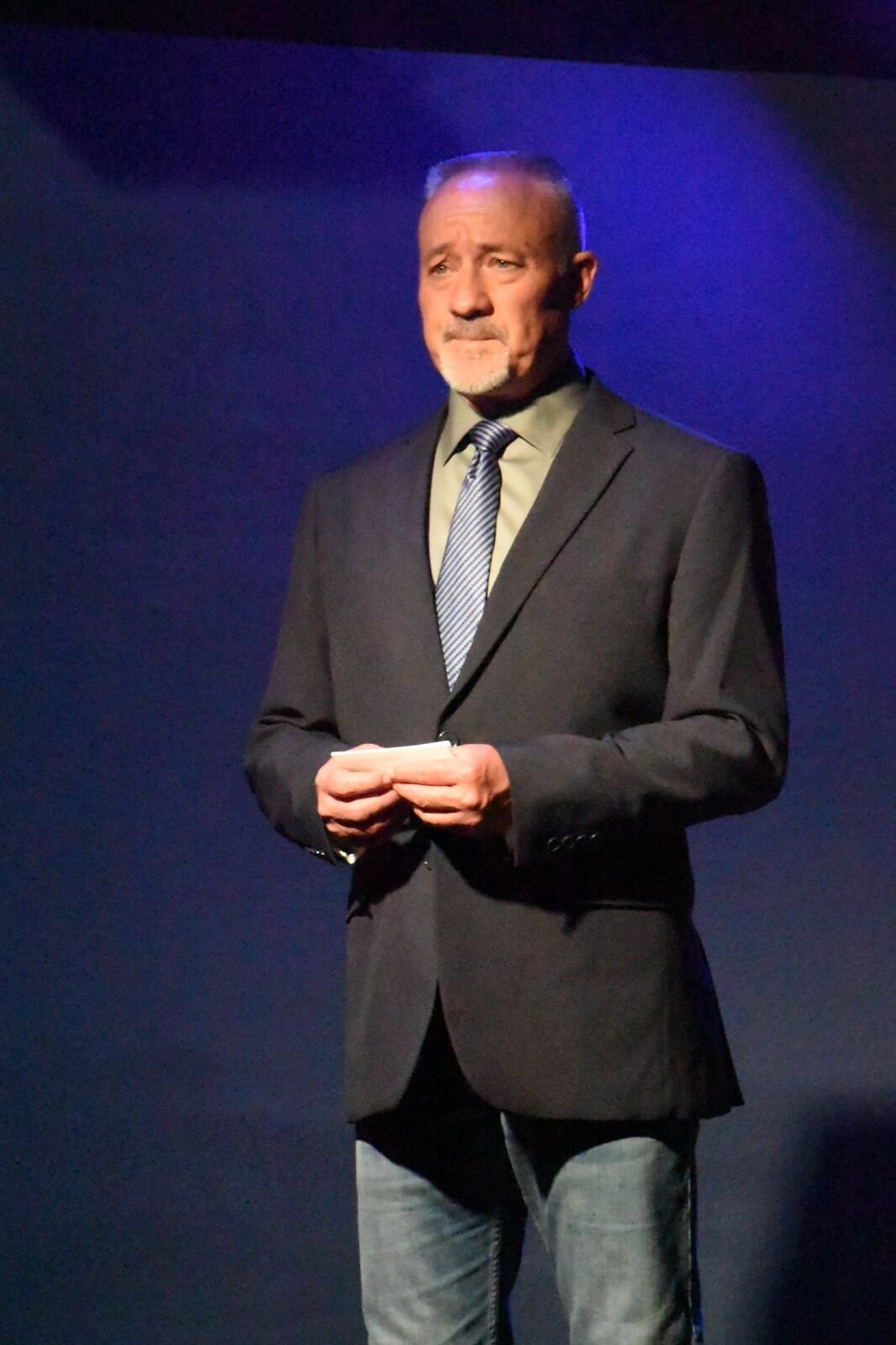 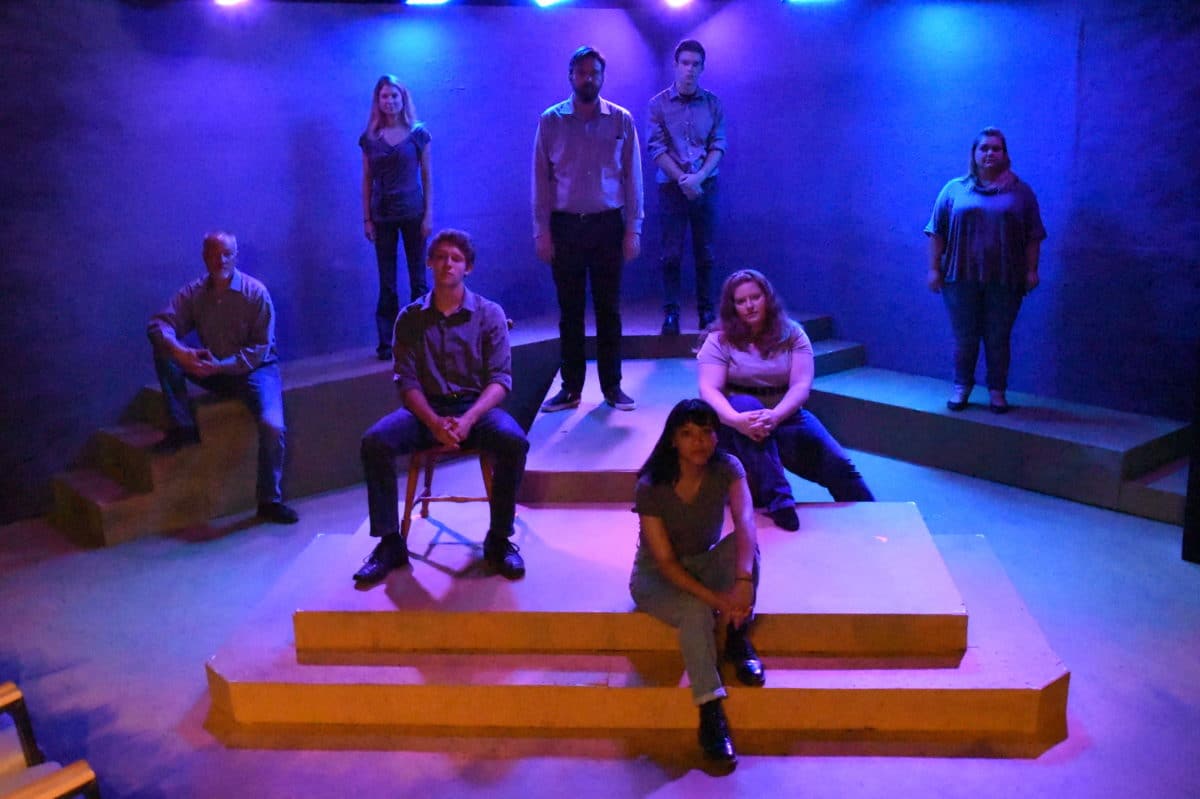 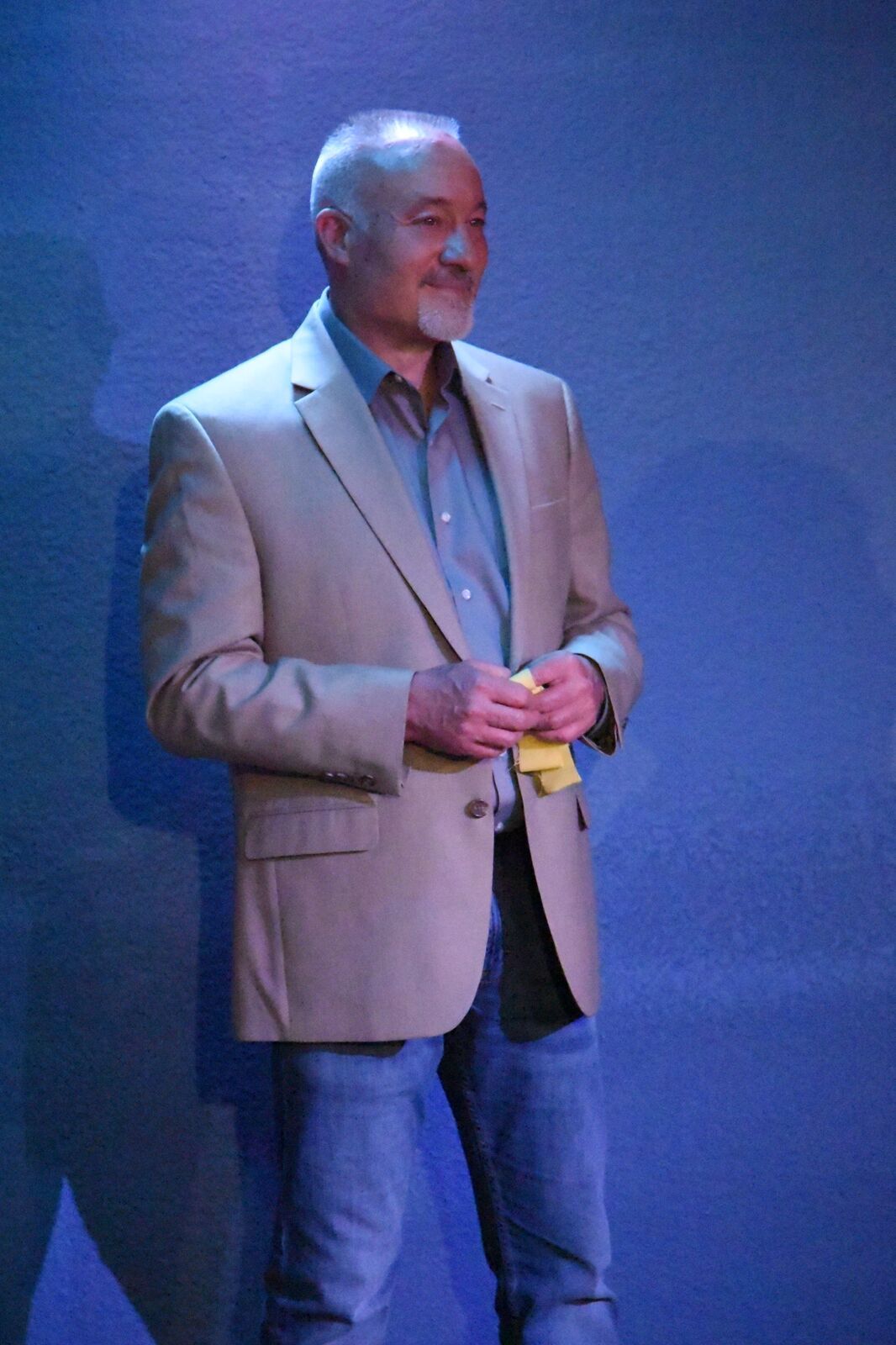 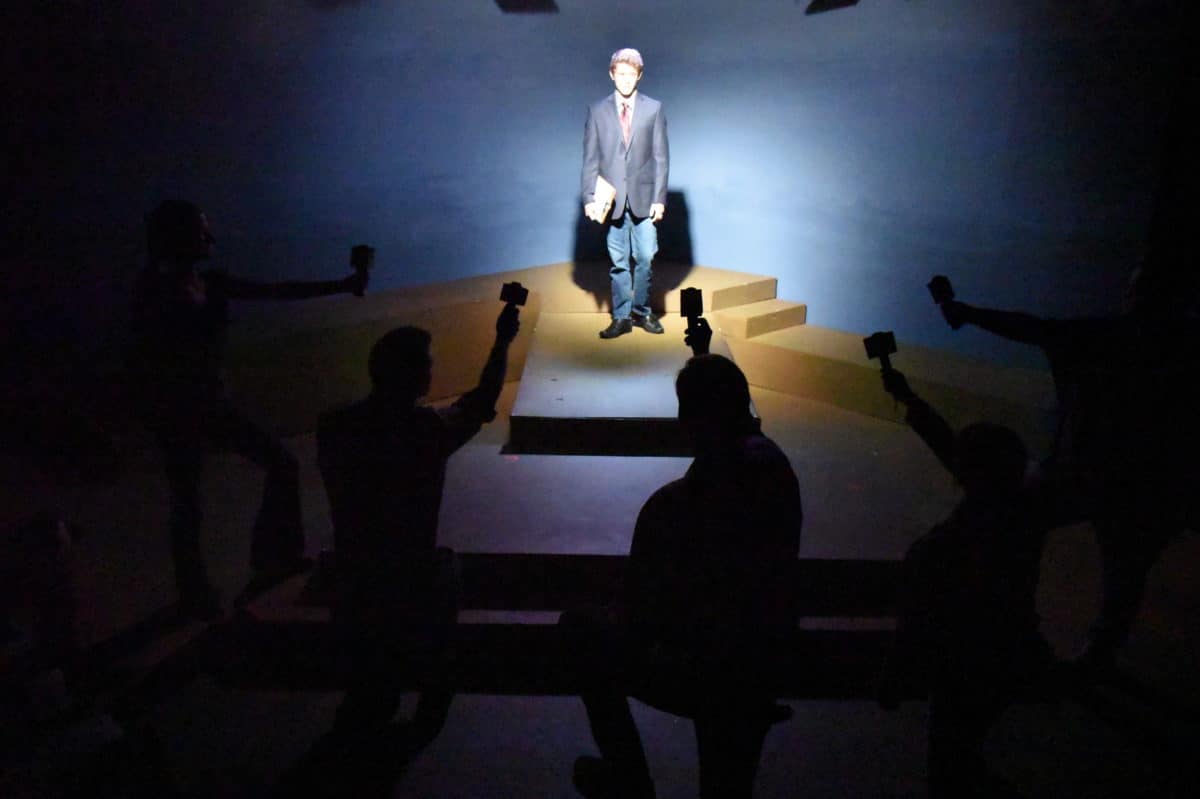