Skip to content
Home/Posts/Reviews/In ‘Hundred Days,’ a mad-about-you couple races to understand it all
Previous Next

In ‘Hundred Days,’ a mad-about-you couple races to understand it all

At the Aurora Fox, a musical look at how we spend our time on Earth

Hundred Days is the kind of love story where the passion burns so brightly that it can at times defy credibility. I don’t think the phrase “soul mates” actually appears in this rambunctious musical, but if Shaun and Abigail Bengson are anything, it’s that. And while the story veers perilously close to the Hallmark cliff at times, it never crosses over, leaving the audience thinking “Yeah, this could’ve happened.”

The Bengsons are a real couple, who created the book, music and lyrics with some assistance on book from Sarah Gancher. It premiered in 2014, and the production playing now at the Aurora Fox, directed by Nick Sugar, features Runner Francisco and Steph Holmbo as the impassioned, musical duo. They’re backed up by a tight band led by musical director David Nehls on keys and (cool!) accordion. 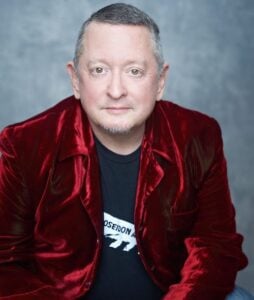 As the Bengsons’ story goes, they met and fell in love so quickly that Abigail dumped her fiancée and Shaun screwed over a friend who was going to come live with him. Then they got married within a few weeks of meeting. Abigail is a high-strung, needy nutbag and Shaun her placid and enamore counterpart, and together they explore not only the meaning of love but the ways in which we spend our time here on Earth.

The plot is based on the idea of what’d it be like if you only had 100 days to live. In reality, that circumstance was cooked up from whole cloth by Abigail in one of her dreams. A minor car accident sends Shaun to the hospital, and next thing you know his wife is counting down the days to his demise.

(I have a wife who has dreams that bleed over into reality, often with me in less-than-savory roles, so this I could sympathize with.)

Even if Abigail understands that it was “only a dream,” the couple ask the question of what life would look like with that 100 days deadline. You’d want to treat each day as a year, they theorize, setting the stage for a variety of songs aligned along that vein.

The music is a sort of folk-punk, with Francisco on guitar and Abigail singing. What’s interesting about this musical is that the backing band has some parts as well. In particular, Nicole DeBree steps up playing different characters while also playing guitar and fiddle. Nehls’s character jumps in as well, and fans of Denver’s busiest musical director may be surprised that he’s a pretty good singer as well.

The journey of the couple is an exploration of what it’s like to hastily throw two lives together. When you meet someone who you understand knows you completely in the first five minutes (and the feeling is mutual), it dispenses with a lot of the other noise that typically accompanies a new relationship and sets them free to explore. How many of us waste the precious few years we have on this Earth with bullshit that’s not part of the good stuff of being with the person you love 100 percent?

With Nehls at the helm as musical director and the prolific Nick Sugar in the director’s seat, there was little chance Hundred Days would be anything but a first-class production. Presented without intermission, the show runs about 90 minutes sans intermission and follows Shaun and Abigail through a roller coaster ride of emotions that range from deep, dark and a bit wacko (lookin’ at your, Abigail) to the hopeful, soaring final number (“I’ll Keep Walking”) that left the audience thinking that maybe, just maybe, there’s hope for this world. 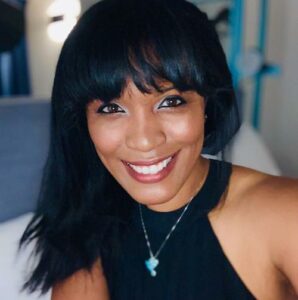 Sugar killed it putting together this cast, and his direction added up to a very smooth and seamless production where all the pieces fit together just right. Runner Francisco and Steph Holmbo are superb these roles, and the incursion by the band members backing them were an unexpected surprise — with DeBree impressive as she inhabited different characters and Nehls showing us a side of himself as a performer we don’t usually see when he’s behind the keys. And while he doesn’t emerge from behind his kit, Skip Lynch gives a master class in how a drummer can add so much without overwhelming any of the numbers.

It may not be possible to live a lifetime in a few months, but Hundred Days takes a shot at what it’d be like while exploring the dynamic of an ambitious couple giving it everything they’ve got.