Skip to content
Home/Posts/Reviews/In the Springs, Theatreworks presents a solid production of ‘Little Shop of Horrors’
Previous Next

In the Springs, Theatreworks presents a solid production of ‘Little Shop of Horrors’

AA heaping helping of comedic horror and irreverent musical fun is on the menu in Theatreworks’ production of Little Shop of Horrors. The campy cult-classic about a carnivorous plant running amok plays through May 19 at the UCCS Ent Center for the Performing Arts.

As the highest-grossing off-Broadway production in history during its five-year run in the 1980s, Little Shop is a classic for its quirky characters and offbeat storyline. Set in a 1960s skid-row metropolis, nerdish flower shop clerk Seymour (Randy Chalmers) unknowingly fosters an insatiable Venus flytrap-like flesh-eating plant he names the “Audrey II” after his co-worker and love-interest, Audrey.

But Seymour’s green thumb becomes problematic when his creation gets hungry for something other than plant food.

The plucky Audrey is played with perfection by Theatreworks newcomer Michelle Colette Ingle. In voice, song and movement, Ingle embodies the youthful grit of a street-smart girl saddled by bad choices but bolstered with big dreams. She and Chalmers develop a magical chemistry as the sci-fi musical’s storyline unfolds.

Lurking in the scaffolding above center stage, Rakeem Lawrence is perched to personify Audrey II.  Slithering in black spandex with crafty precision to the puppet’s movements, he seductively bellows his hungry demands to “feed me” as the hapless Seymour becomes reluctantly complicit as the growing plant devours a dwindling cast.

Standouts are the musical’s trio of sassy street singers, who serve as a chorus commenting on the action. In his first Theatreworks performance, Garrick Vaughan shines as Ronnette: tall, lanky, sexy and extra sassy, this actor is sheer talent. Flanked by gal-pals Chiffon (Cheerish Evans) and Crystal (Maria Norris) the show’s ensemble is electrifying.

A convincing villain, David Hastings plays the opportunistic floral shop owner Mushnik. He is quick to discount Seymour and belittle Audrey — until Seymour’s creation brings fame to his failing business.

But don’t worry, justice will be served.

A regular on regional stages, the agile and adaptable Kevin Pierce delights as multiple characters making campy cameos throughout the production.

The two-act musical has zero-drag, its story keeping pace with its musical energy which is rooted in rock and roll, doo-wop and early Motown. Every voice is strong, spot-on in pitch and projection, each scene masterfully staged and every character richly portrayed with clever and comic flamboyance.

Theatreworks’s Little Shop is a fun, entertaining production of what’s become a beloved American classic. It’s not to be missed.

Theatreworks is celebrating a first season in its new home: The UCCS Ent Center for the Arts, a 92,000-square foot modernistic complex on the west-end of the growing campus. Along with the Dusty Loo Bon Vivant Theater (Theatreworks), the $70 million facility houses five performance venues along with the UCCS Department of Visual and Performing Arts and the Gallery of Contemporary Art.

What: Little Shop of Horrors
When: Through May 19
Where: Ent Center – Colo. Springs 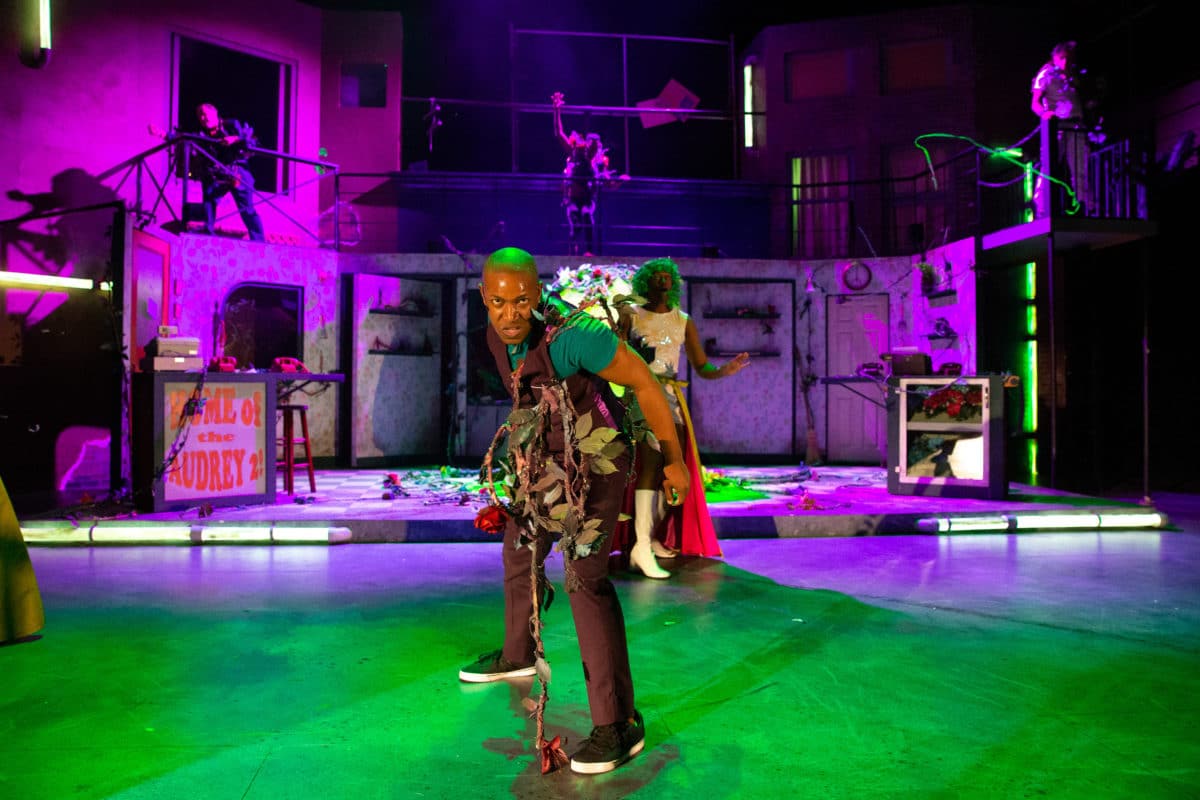 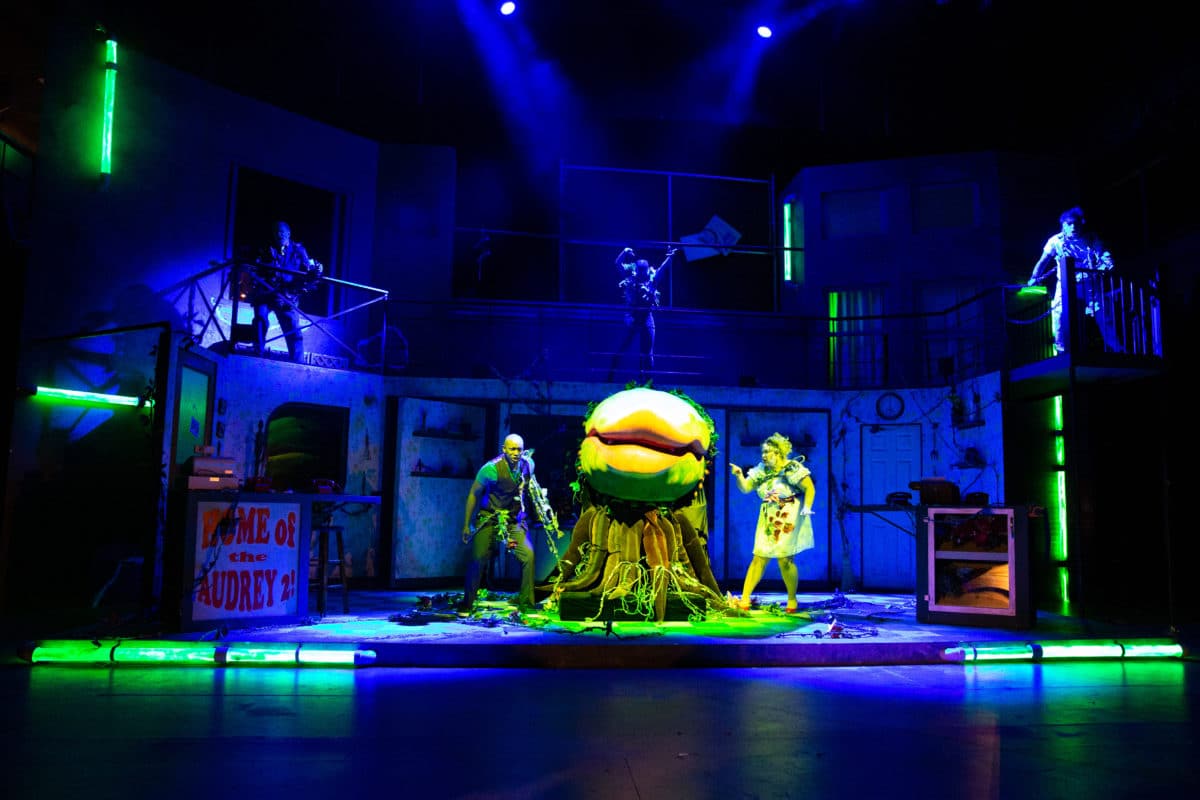 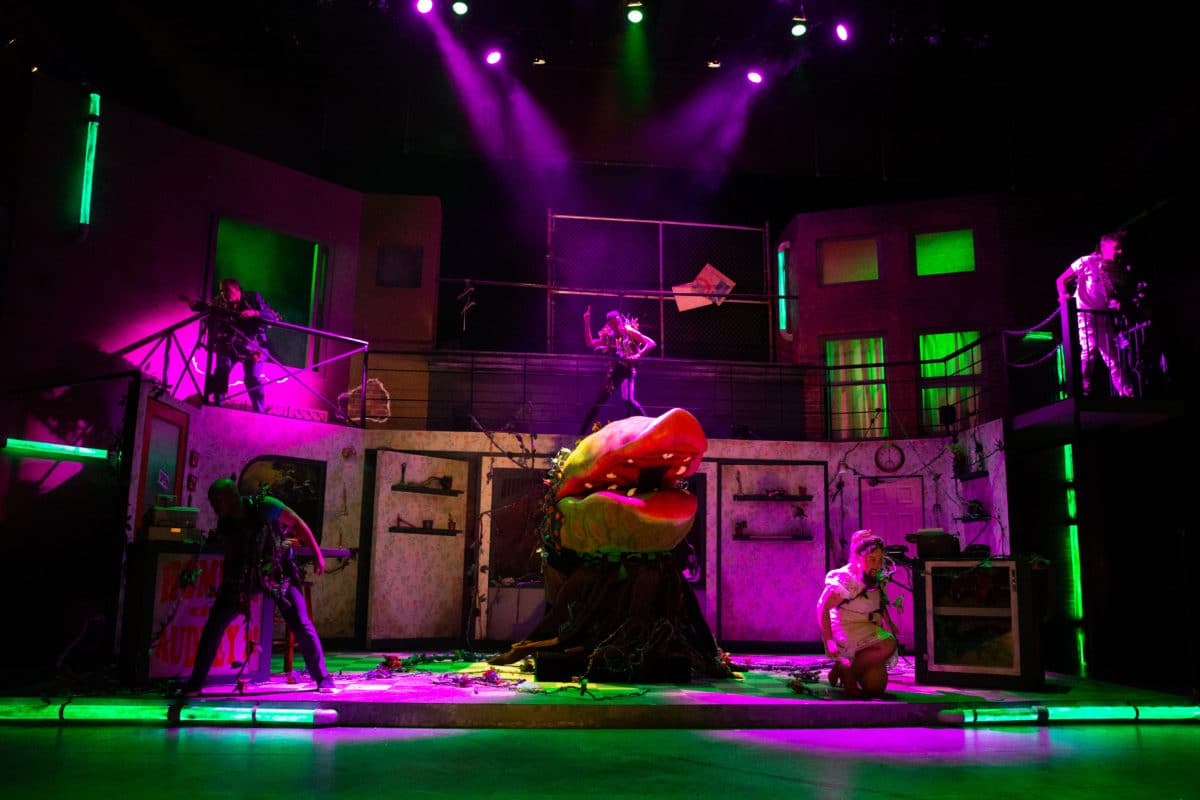 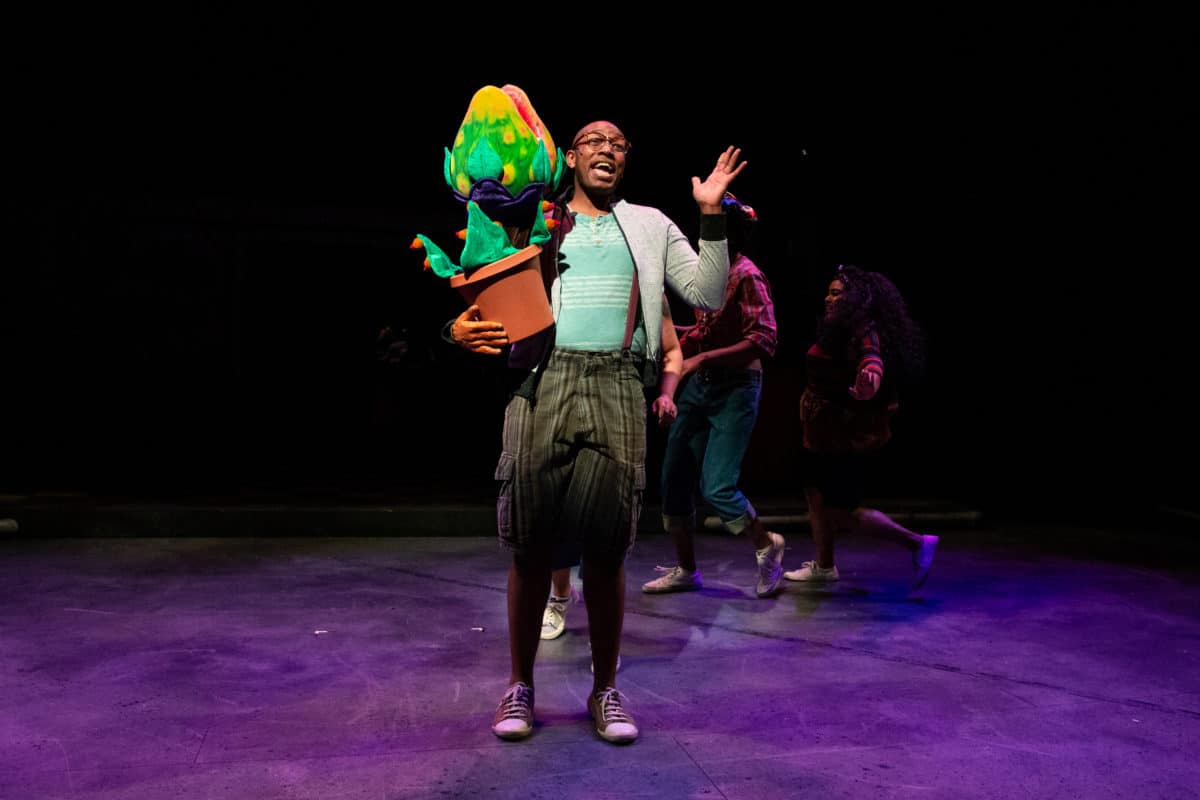 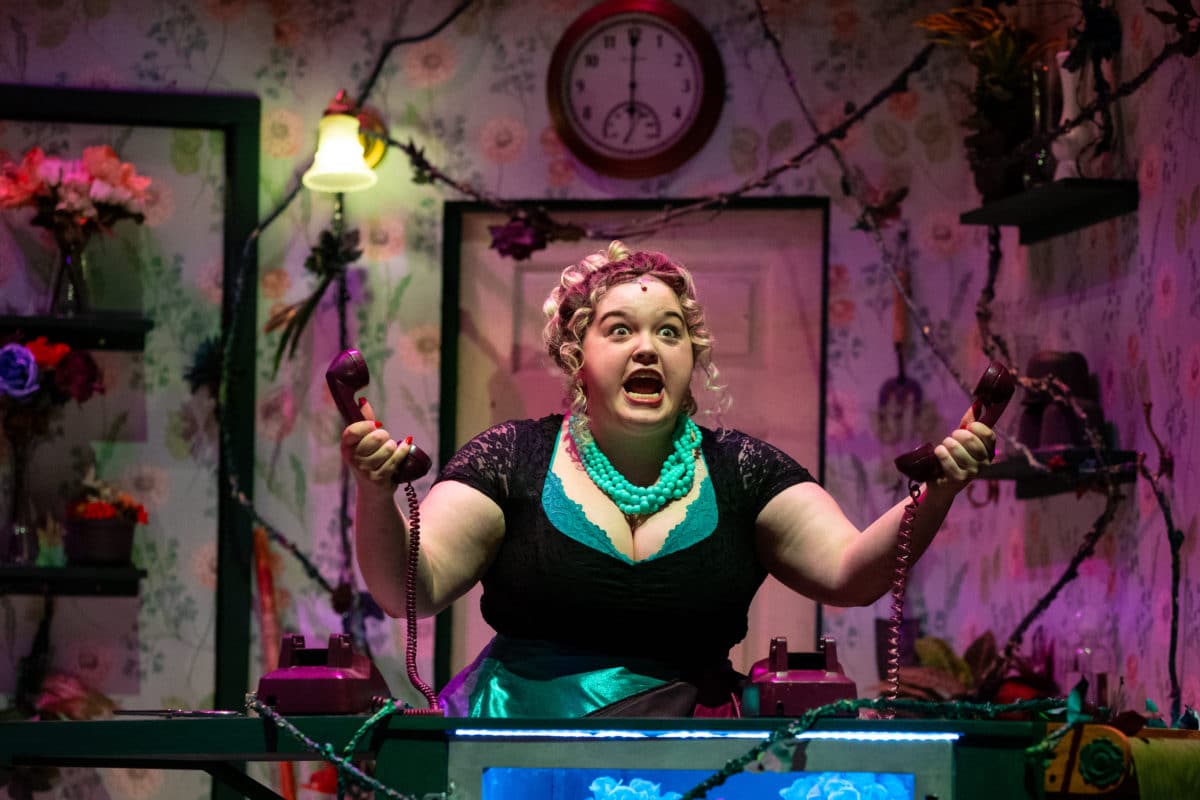 About the Author: April Tooke

An avid patron, promoter and long-past performer, April Tooke has a passion for the performing arts. A former broadcast news journalist, PR person and freelance writer, these days she’s acting the role of an administrative manager by day, but nights and weekends she's seeking out the next theatrical experience.