‘The Last Defender’ — team-building on steroids

By now, we’ve gotten used to the fact that the Denver Center’s Off-Center offerings can resemble a traditional theater show as much as a pugapoo resembles a normal dog. They often defy terms like “play” or “show,” which leads me to want another catch-all name for these things. How about “interactive theatrically inspired production” — or ITIP?

I’m running with it.

So, the latest ITIP from Off-Center is called The Last Defender, and while this article will appear under the “reviews” section of our website, this is not a theater review. The Last Defender is a game, an interactive experience more reminiscent of a clue room than anything else. For those of us who’ve been on corporate team-building trips where we’re compelled to participate in scavenger-hunt-like activities, there’s a bit of that vibe as well.

What’s different is the complexity and the production quality of The Last Defender, which was originally created by The House Theatre of Chicago. The Denver Center’s production staff got its hands on this thing and ran with it, creating an underground bunker-cum-situation room filled with ’80s vintage arcade terminals and a highly detailed environment filled with all order of faux-bureaucratic arcana. (Check out the photo gallery and video montage below to see it.) Some of it’s simple, like a filing cabinet filled with reams of gibberish on dot-matrix paper or a bunk room with tiny beds encased in Formica. And then there’s much more elaborate stuff: an entire wall of levers, switches and other mocked-up gizmos with military sounding functions (not one of which I can remember – you’re not allowed to bring in phones or cameras, of course).

Along with 15 or so other ITIP participants, we tromped into a locker room where we ditched our phones and car keys in exchange for an orange jumpsuit, some sort of badge and utility belt and a moniker (I was “Grand Slam,” while my partner ruefully accepted “Skid Mark.”)

Herded by four Black Rabbits (mostly silent actor-guides in all black wearing rabbit masks), we entered the bunker and watched a video about the impending nuclear war. It’s supposed to be around 1983, and the mustachioed, hard-hat-wearing DoD tool in the video briefs us on the wonders of the mutually assured destruction philosophy. The gig, he tells us, is to watch out for any other country’s missiles being launched and, once that happens (and we assume it will or there wouldn’t be much of a game), we’ll have an hour to puzzle through all the crap in the room and arrive at one of three solutions: nuclear peace, nuclear war or self-destruction.

Once the clock starts ticking down from 60 minutes (and even before), there’s a variety of puzzles to solve. There are clocks whose hands correspond to a chart of semaphore-like flags that then equate to letters. Your task is to figure out a sequence of numbers and letters which, when entered in the correct order in some sort of switchboard, will disarm one of the missiles under your control.

The other puzzles vary in type and complexity, but the goal is finding these codes to disarm the remaining missiles. It requires the 15 or so participants (with the Black Rabbits offering silent help) to work closely together, talk a lot and use the collective brainpower of the group to work through it all.

From that, I would say that if you’re a pretty introverted person who takes a while to warm up to strangers, this may not be the thing for you. But if you like jumping into a challenge and don’t mind yelling stuff like “Hey Skidmark, bring your badge over here and punch in the code!” then you’ll probably enjoy it.

Like most things of this nature, natural leaders emerge in some areas while anarchy rules in others. Our team actually did pretty well, solving all but one of the puzzles before we had to accept our fate. If you do go, a couple of suggestions:

I know I said earlier in this piece that it wasn’t a review, but I still have to applaud the DCPA production team for the extraordinary job they did on the set, lights and sound design of this ITIP. All of that, plus the ingenious and devilishly clever puzzles themselves, takes The Last Defender a few light years above any other kind of team challenge you might have done in the past.

And damn, we looked good in them jumpsuits! 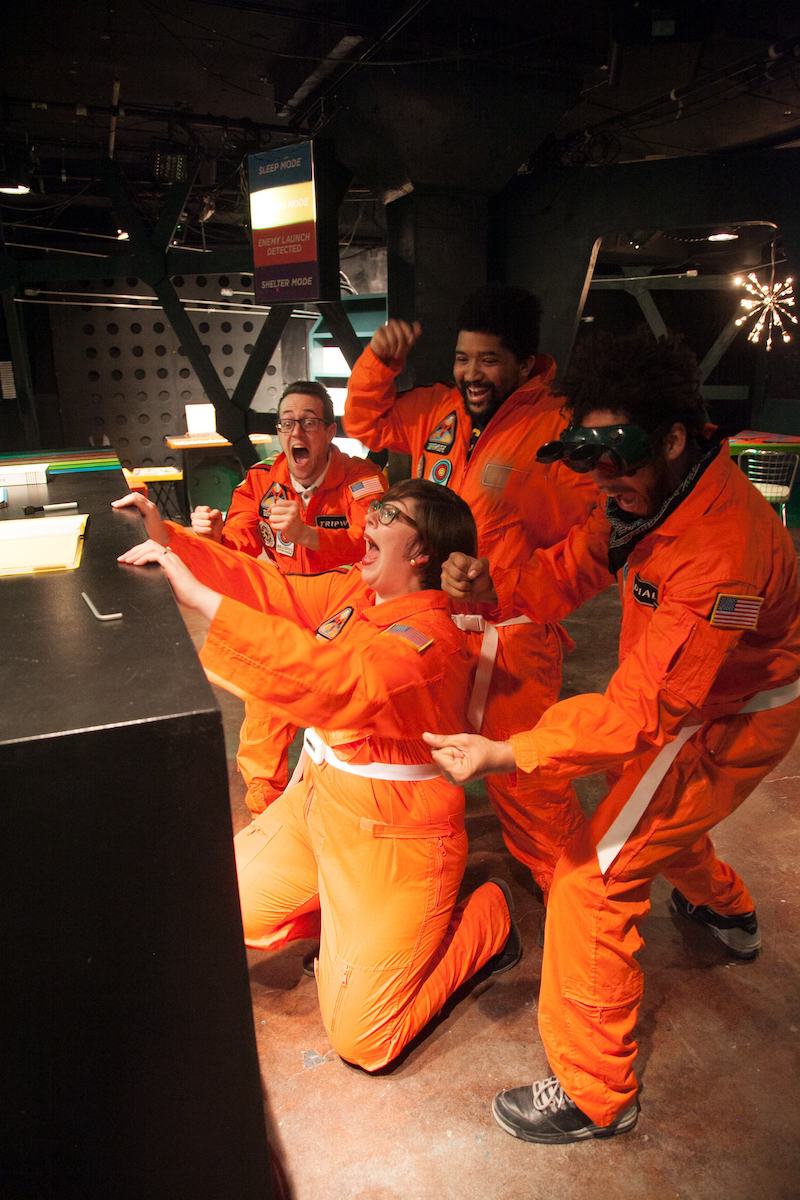 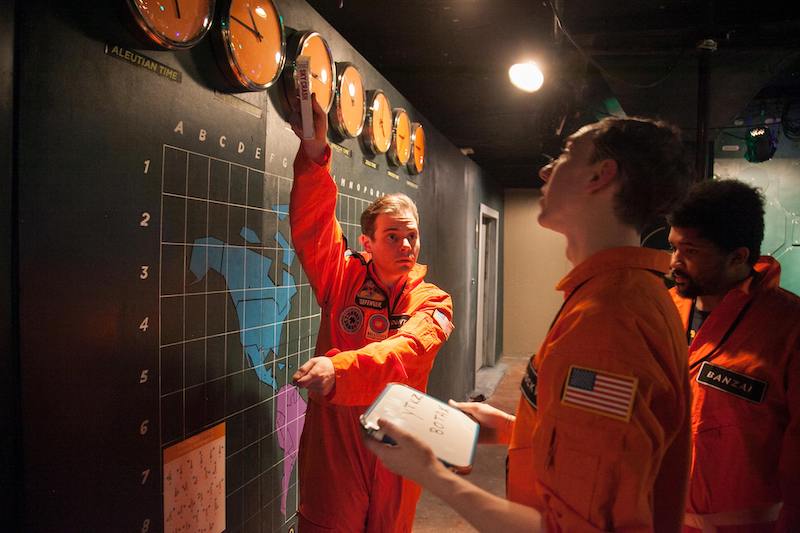